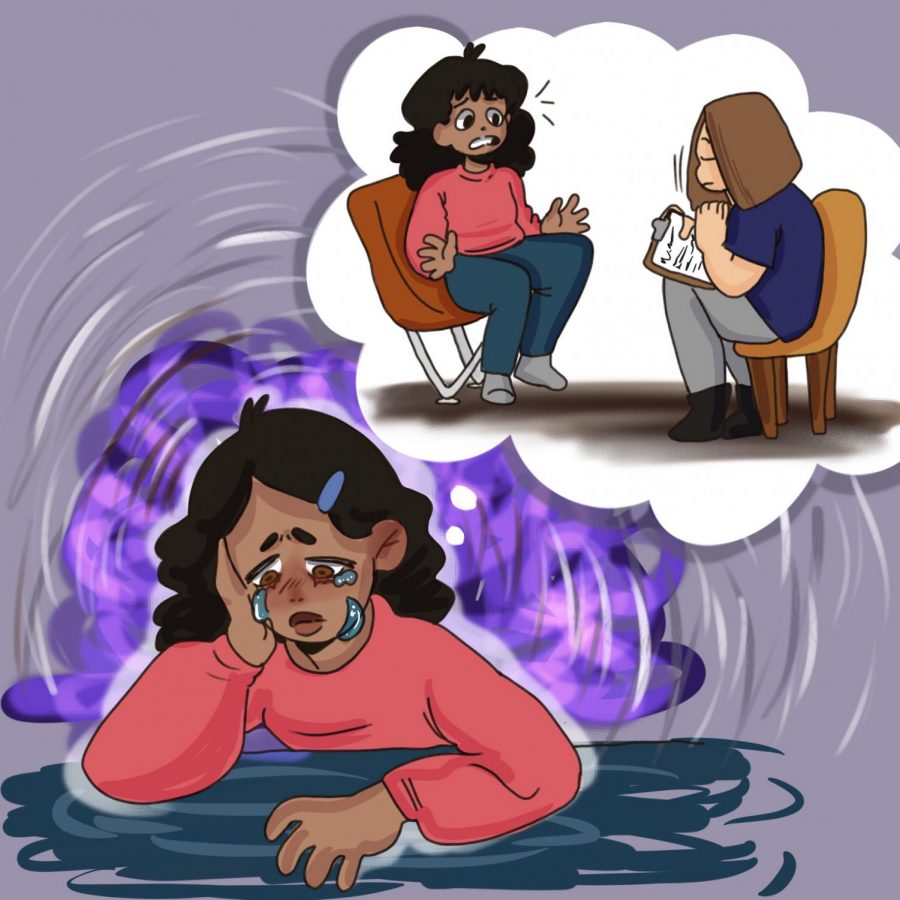 As Cassandra Thompson sat in what would be a final session with her childhood therapist, she couldn’t help but feel the two had become disconnected after six years together. After that appointment, she never heard from her therapist again.

“I went from having two sessions with her (a week) to having (none),” the sociology junior said. “I was getting better and learning to cope with some life changes, and then all of a sudden … I didn’t have therapy to fall back on.”

Twelve percent of adults between the ages of 18 and 44 receive counseling or therapy, according to a 2019 report by the Centers for Disease Control and Prevention. Many UT students use therapy as a tool to improve their mental health and overall wellbeing, though some become discouraged by the struggle to find an available therapist who suits their financial and behavioral needs.

When her longtime therapist dropped her in early August, Thompson began searching for a new therapist the next month. Along with finding a therapist who works with her insurance and suits her personality, Thompson needed to find someone who specializes in dialectical behavioral therapy — a more intensive, education-based type of treatment.

“It’s been a very long and daunting process to find a therapist. I’ve seen other therapists that have said, ‘Hey, I can’t treat you,’” Thompson said. “There’s a center called the Dialectical Behavioral Therapy Center (in Houston), and I called them and their wait is six months. I can’t wait six months.”

J Hayden, a human development and family sciences and African and African Diaspora studies junior, said when they finished their six sessions through Counseling and Mental Health Center (CMHC), they began the intimidating process of finding a long-term therapist. After eight months of searching and ending up on multiple waitlists, Hayden finally found someone who fits their needs.

“I was looking specifically for a Black therapist, and I couldn’t find one,” Hayden said. “A lot of therapists are white, and I don’t see a reason for me to talk to a white person and cry to them about my racial trauma.”

Hayden said they were very adamant about going to therapy, so they never felt discouraged throughout the lengthy process of finding a therapist. If anything, they knew how much benefit therapy potentially had to offer.

“It’s just so unfortunate that when (people) seek out (help) they’re met with all these obstacles,” Hayden said. “(You) have to jump through hoops.”

Citlalli Soto-Ferate, a health and society and race, indigeneity and migration sophomore, said they began looking for a therapist somewhat sporadically since their last counseling session at the CMHC in April 2021. Soto-Ferate said they specifically want a younger, Latinx therapist with a developed understanding of gender issues.

“(Finding a therapist) is too much effort, and I have too many things going on in my life to spend too much time thinking about that,” Soto-Ferate said. “I wish I had more patience and I was less scared because then I would put more effort into it. But, (therapy) just doesn’t seem worth it to me.”