What to expect from 5-star recruit Dillon Mitchell 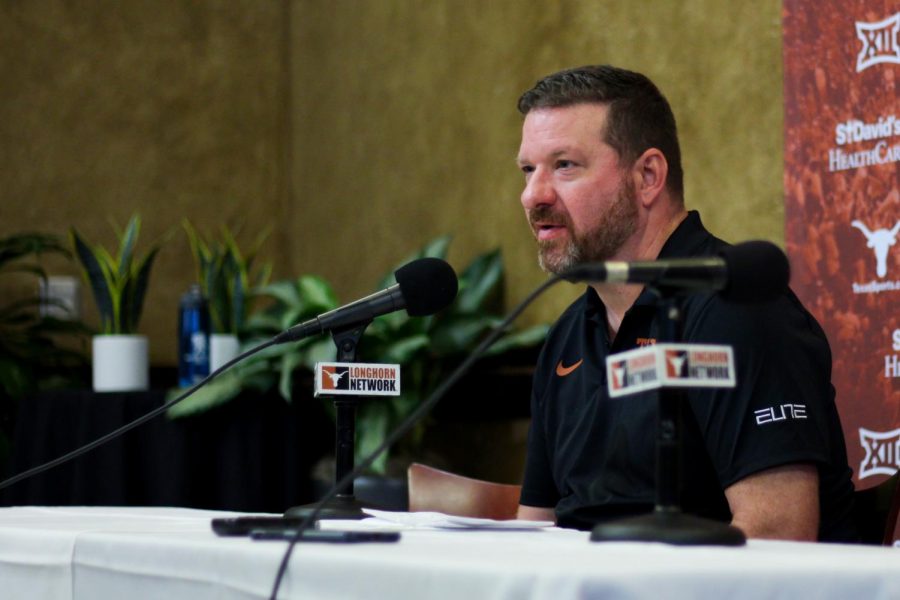 Dillon Mitchell needed one visit to decide that Texas was the place for him. The five-star recruit from Montverde Academy chose the Longhorns on Oct. 25.

Mitchell is ranked No. 28 in the country and No. 9 in the state of Florida, according to the 247Sports composite rankings. The 6-foot-7, 180-pound forward had interest from Texas, Florida State, Tennessee and Ohio State before committing to the Longhorns. Mitchell attended Montverde Academy, a prolific high school basketball academy that has produced NBA stars such as Ben Simmons, D’Angelo Russell and Cade Cunningham.

“(Mitchell) excels at attacking the rim and finishing with authority,” 247Sports Jerry Meyer said about Mitchell’s strengths. “(He) is a high level rebounder who can initiate the break. (He) handles the ball well and sees the court and has a feel for passing.”

Meyer also compared Mitchell’s game to Charlotte Hornets wing Kelly Oubre Jr. Mitchell’s frame and athleticism are similar to those of Oubre’s when he was at Kansas. It will be up to Beard and his staff to help Mitchell fulfill his massive potential.

The lengthy wing visited Austin for the football team’s home game against Oklahoma State on Oct. 16 and committed shortly after.

Chris Beard has done a tremendous job recruiting players to the Longhorn basketball program since taking over as head coach. He completely revamped a roster which only returned four scholarship players by adding six high level players through the transfer market.

“My whole thing is really just developing, we’ll be in the gym working a lot,” Mitchell said. “Coach Beard’s intensity is a big thing I was looking at, and I definitely see myself going there every day, waking up being there just loving it.”

The 2022 class will be the first time Texas added two five-stars from the 247Sports composite rankings since 2016, when the Longhorns added guard Andrew Jones and center Jarrett Allen.

With commitments from both Mitchell and fellow five-star point guard Arterio Morris, Beard is showcasing his prowess on the recruiting trail by building a strong foundation for the 2022 class.