Texas soccer looks to break records, put it all on the line against West Virginia in Big 12 Conference semifinal match 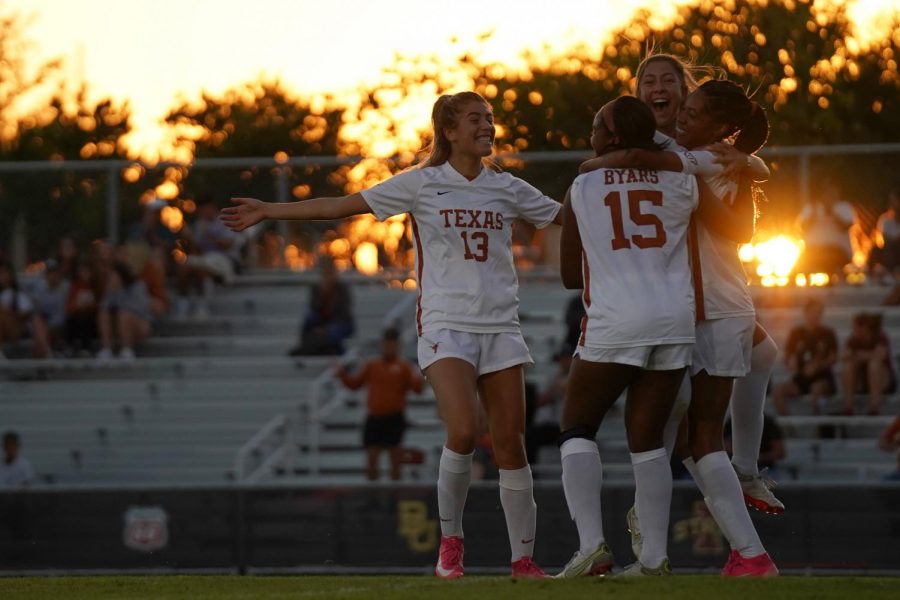 Texas soccer has already broken multiple records this season. This Thursday, the team will look to topple one more against West Virginia.

The No. 20 Longhorns will play the Mountaineers in the Big 12 Semifinal for a spot in the conference final.

After defeating Oklahoma 5-2 Sunday night, Texas extended its undefeated streak to 13-straight wins or draws as they look to continue their dominance.

The Longhorns are one victory away from surpassing the 2006 and 2017 Texas squads for the longest unbeaten streak in program history. This year’s squad under the leadership of head coach Angela Kelly would have not been able to do this without struggling early in the season.

“They’ve grown so much in our 12 weeks together since our first match since UCF,” Kelly said. “This is a team that’s (been) night and day from then. I’m really proud of the team and the staff.”

The All Big 12 conference awards recognized six different Longhorn standouts for the first time since 2006. The squad has relied on their young talent as well as their experienced players. It showed: Half the recipients were freshmen. The other half were seniors.

One of the award recipients, freshman defender Emily Cox, is a part of a physical Longhorn backline. Although it may not show up on the stat sheet, Texas’ back four constantly dispossesses the opposition’s attacking players before they have a chance to get a shot at goal.

Even though the Longhorns gave up two goals against the Sooners, Kelly said the backline played well due to the sheer number of attackers sent at the Texas defenders.

“You have to credit our backline,” Kelly said. “Oklahoma was throwing so many numbers forward.”

The Texas backline has only given up seven goals in their last 10 games against conference opponents. A key to their success is the mentality and unity that the centre and outside backs share, Lapomarda said.

“As a backline, we all say we sacrifice our body,” Lapomarda said. “We try not to let anything go through and we do that together as a team.”

It is not going to be an easy game for Texas against West Virginia. The Longhorns are 2-9-2 all-time against the Mountaineers and have not been able to beat them in the Big 12 tournament.

The two teams tied 0-0 in double overtime Oct. 21 in Austin.

The record-breaking Texas squad understands how special this season has been for the program but that doesn’t necessarily mean that they are getting comfortable.

“It’s the best feeling, but you know the job’s not done yet,” Lapomarda said. “We’re not satisfied yet.”

In her 10th season in the burnt orange and white, Kelly is two wins away from lifting the conference tournament title for the first time in her career.

With the team focused on moving forward toward the conference title and then the NCAA Championships, there’s no telling what this Longhorn squad isn’t capable of.

“We’re going to keep on going (and) keep on doing what we do best,” Lapomarda said. “It’s playing together, having love for each other and having the intentionality to keep on winning.”