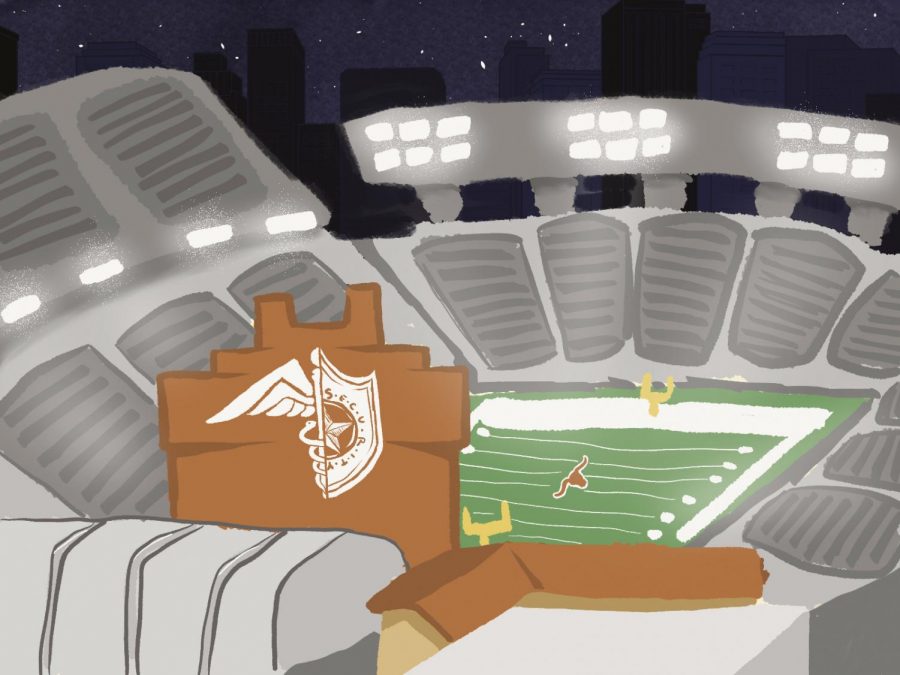 The National Center for Spectator Sports Safety and Security awarded UT the Facility of Merit award for implementing improved safety protocols. The center gives the award to a facility that “has performed above and beyond normal operations to demonstrate an innovative approach to enhancing safety and security.” ​​Darrell K Royal-Texas Memorial Stadium and six other facilities will be recognized at the 2021 NCS4 conference Nov. 9-10.

Allison said to better equip him and his team to protect the stadium, he looks at global threatening trends, like instances where cars have plowed into large crowds. Allison said his team implemented mobile vehicle barriers at the stadium to prevent a similar assault.

Vehicles and L-shaped barricades lined up near the stadium will cause any vehicle that tries to run through them to flip over.

“We initiated with the campus to purchase these barricades that can be moved in and out when visiting teams come in, they can move them, let whoever you want in and close them back,” Allison said.

After the 2019 stampede at the Texas-LSU game, the stadium started handing out wristbands for students to track how much of the designated-student zone was filled, Allison said.

“Students are very creative,” Allison said. “That’s why we’ve had to go to (digital) ticket scanning because they were duplicating premiere tickets and handing out tickets to their friends.”

Marketing senior Aswathi Thomas said the staff did not ask her to scan her ticket when entering the stadium for the first home game of the 2021 season Sept. 4.

“The line was so insanely long and that was super crowded, and so many people were cutting the line and it was so hard to get in,” Thomas said. “At the other games, I haven’t really felt that way.”

Thomas said she was not worried about security at the time, but after the recent shooting in West Campus, she is worried about future crowds at football games.

“Safety and security in and around the stadium at our events or at any event is really everyone’s responsibility, (and) the more that our patrons and our staff and our student-athletes and everyone involved in games can abide by the regulations that are posted and the guidance that they’re given, the more safe the environment becomes,” Martin said.