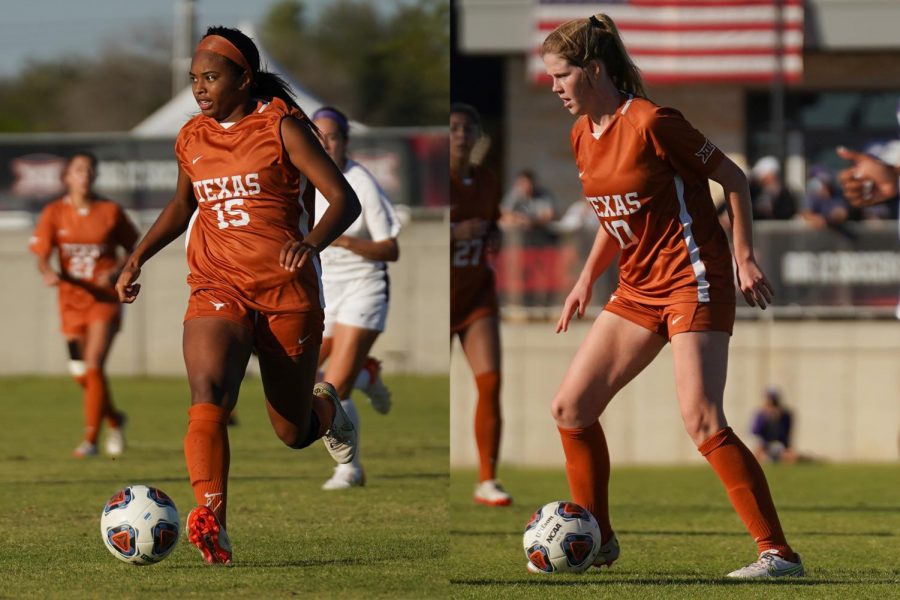 Most of the time, a team is favored over its opponent for a reason.

Such was the case when looking at how No. 9 TCU, one of the premier collections of talent in the nation, stacked up against a No. 20 Texas soccer program that struggled early on.

Led by sophomore goalie Lauren Kellett, who is fifth in the nation in goals against average at .466, the Horned Frogs on paper were an obvious choice to be the Big 12 tournament champions.

Especially after its regular season ranking bottomed out at No. 12 and consistently sat within the top 10.

Despite this, the Longhorns, a team that didn’t make its first appearance in the rankings until week eight of the season, gave the Horned Frogs their biggest scare of the year. Texas  wasn’t even able to break .500 in 2020.

Yet the Longhorns beat all expectations, finishing the regular season and playoffs with a combined record of 11-4-6 after a dismal start to the season. Texas made it all the way to the final round of the Big 12 Championships and will  play in the NCAA tournament this week.

Much has been said about the Longhorns’ dramatic reversal from an early season dud to a juggernaut that went on a 14-match unbeaten streak, and those reasons are primarily centered around the emergence of the star freshmen duo of Lexi Missimo and Trinity Byars.

Texas conducted an aggressive offensive approach Sunday in the Big 12 tournament final against the Horned Frogs, but Missimo and Byars were noticeably passive.

In the 70th minute, Missimo stole the ball at midfield and sent a pass in front of Byars, who was running down the left side of the field. Byars had her best opportunity of the day to shoot, as there was nothing but the goalie between the ball and the back of the net.

As Byars got closer to the goal and two TCU defenders closed in, she opted to not take the potential go-ahead shot with her left foot. Instead, she chose to reset the offense by turning around and passing the ball back to Missimo, who had migrated to the top of the box.

This possession resulted in a contested shot by freshman midfielder Ashlyn Miller, who had scored Texas’ only goal of the day earlier in the match, that sailed wide-right.

This split-second hesitation by Byars in that moment led to a missed opportunity against a stout Horned Frogs defense that rarely, if ever, gives such chances to its opponents.

Missimo also passed up shots in order to make the extra pass to a teammate who was inevitably swarmed by Horned Frogs.

The star freshman has focused on playing a facilitating role for the Longhorns on offense, and it led to her leading the team in assists. But we’ve also seen what she’s capable of when she’s looking to score goals, like in her four-goal effort against UTRGV, and that was sorely missing in Texas’ offensive attack on Sunday.

The Longhorns need its most talented players to take the shot when it matters most. Chances to score are few and far between against the top teams in the nation, and Texas just wasn’t able to act on enough of those opportunities to win the crown.

The loss to TCU will sting for a while, but how the team responds to this disappointment will show in the NCAA tournament championships.