No. 21 Texas draws former head coach Chris Petrucelli, No. 25 SMU in first round of NCAA tournament 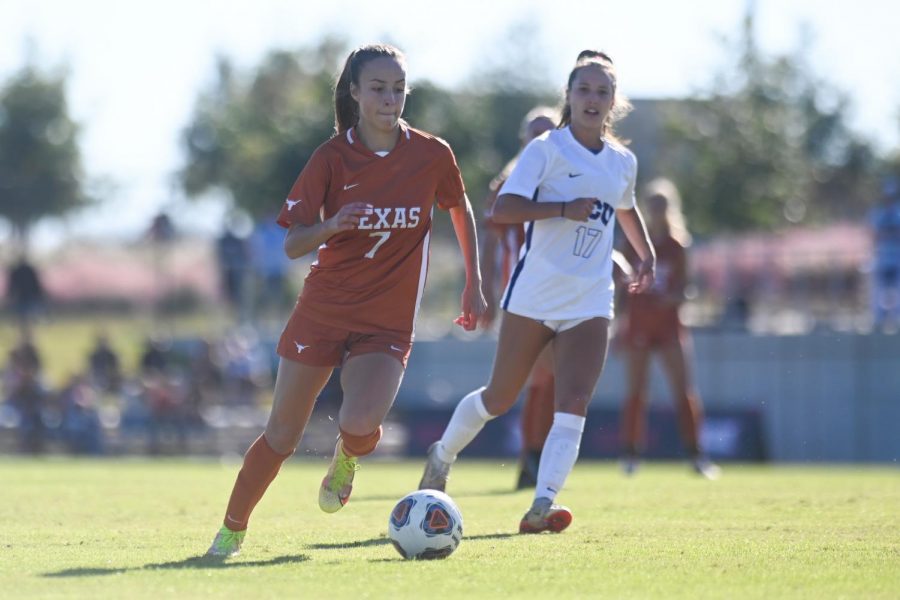 NCAA tournament season is upon us.

The Longhorns will kick off their 15th visit to the NCAA tournament against No. 25 SMU at Washburn Soccer Stadium on Sunday at 1 p.m. after the top 64 women’s soccer teams in the country were selected on Monday to play for the NCAA championship.

While Texas and SMU haven’t played against each other since 2005 — a game that ended in a 1-0 win for the Longhorns — the two programs do have ties. SMU head coach Chris Petrucelli coached at Texas from 1999-2011. This will be the first time that Petrucelli coaches against his former team.

After a successful season in which No. 21 Texas finished 11–4–6 and 6–0–3 in conference play before losing to then-No. 9 TCU in the Big 12 Tournament Championship, the Longhorns now have a clean slate in front of them.

“We’re really excited to start a new season and for our squad to be fresh and ready to go,” head coach Angela Kelly said.

A difficult schedule awaits the Longhorns. Besides SMU, there are six other ranked teams in their side of the bracket: No. 1 Florida State, No. 6 Tennessee, No. 9 Michigan, No. 15 Washington State, No. 19 Pepperdine and No. 23 South Florida.

Including Texas, this quadrant of the bracket features eight of the top-25 ranked soccer teams in the country. Other teams include Wake Forest and Harvard, two teams that have each spent multiple weeks in the top 25.

The Longhorns return to the tournament after failing to qualify in 2020. From 2017-19, Texas rattled off three-straight selection bids.

Starting this Sunday, the Longhorns will look to build upon their recent successes as they begin their quest for an NCAA tournament crown.