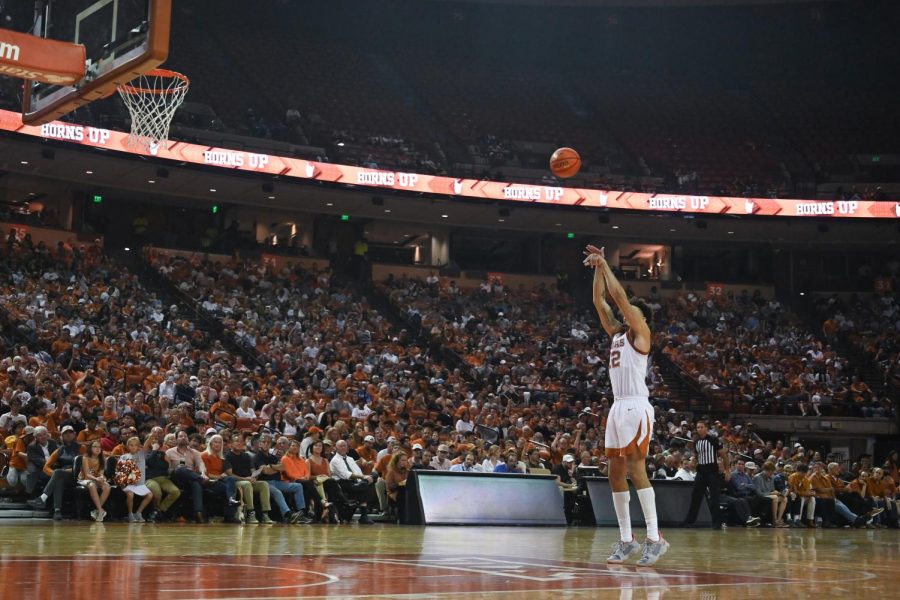 Men’s basketball head coach Chris Beard arrived at the University of Texas with a slew of expectations on his plate, and he hasn’t yet had the chance to fulfill most of them.

But as fans packed into Frank Erwin Center on Tuesday night, Beard achieved one of the first goals he set for himself: sell out the student section for the season opener.

With a total attendance of over 14,683 people for both the men’s and women’s season openers, Tuesday marked the fourth-largest home opening turnout in the 45 years the Longhorns have played at the Erwin Center. It was the largest since 2001, the year Texas legend T.J. Ford made his freshman debut.

As a reward for selling out the student section at the game, Beard is making good on his promise to throw a party for Texas students in front of the UT Tower.

The date and exact details are still being worked out, but Beard dropped hints that athletic director Chris Del Conte was looking for “live entertainment.” Beard even teased a potential appearance from school mascot Bevo.

Beard previously said there was an undeniable relationship between attendance and winning in college basketball. While the Longhorns likely could have made quick work of Houston Baptist in an empty gymnasium, given their depth of talent and experience, the impact of fan attendance was crucial.

The energy of the crowd was palpable throughout the entire game, despite Texas’ 92-48 blowout victory manifesting late in the first half. Cheers and jeers fed the Longhorns’ energy to keep scoring streaks alive, while deafening and cacophonous chants helped dismantle the Huskies’ offense.

Even as the game wound down and people finally began to leave early to beat the traffic, a streak of threes and alley-oops gave the crowd a second wind. The student section was especially spirited, led in part by various clubs and organizations such as the Texas Wranglers, the Longhorn Hellraisers and the Silver Spurs.

The fan’s most notable impact was at the free-throw line, where the crowd’s vocal support helped hold Houston Baptist to a measly 10-22 from the line.

“(The Frank Erwin Center) is a special place when you get it going,” Cottrell said. “I think (Beard) has done a good job of going out to the community and getting everyone involved.”

Beard had to stop to appreciate the turnout in the post-game press conference as well.

“There was a buzz in our locker room before the game and at halftime,” Beard said. “The players appreciated it. It was fun to play in front of the crowd.”