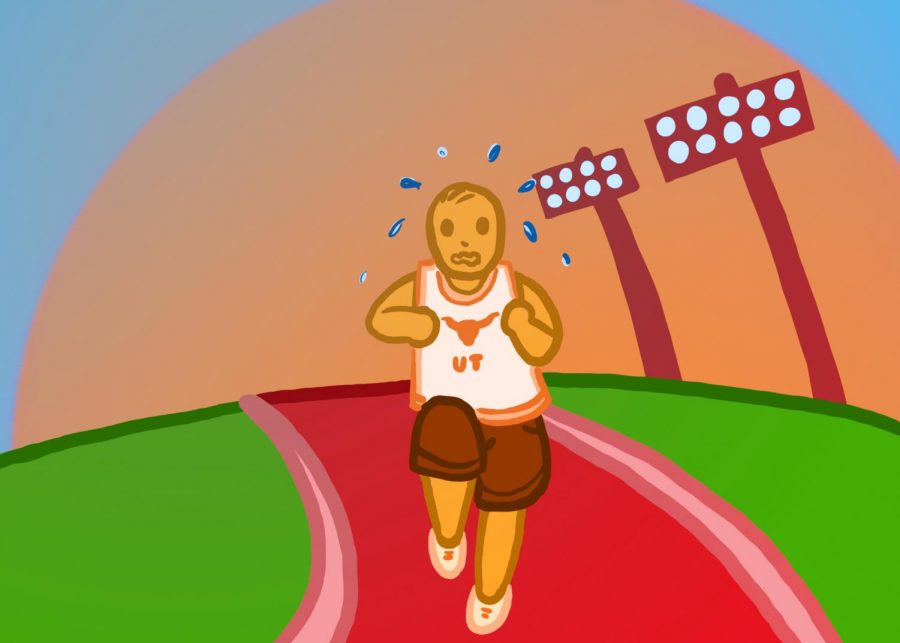 Aaron Gonzales set a goal for himself his sophomore year of college: run an ultramarathon, a marathon over the standard 26.2 miles.

“I was drawn to this type of running (because) it was a way to just set a goal that genuinely scared me, and I wasn’t confident that I would be successful in,” Gonzales said.

Many UT students incorporate marathon training into their academic and social lives. Whether as a means to achieve a personal goal or an incentive to stay active, students find marathon workouts beneficial.

Some of his seven-year ultramarathon career consists of a 50-mile run in Big Bend National Park and a 100-mile run in Huntsville State Park among other races, Gonzales said. Most recently, he ran a 106-mile ultramarathon in Chamonix, France.

Gonzales’ training included running five times a week and working out two to three times a week. When training for a race, Gonzales even ran to and from class with his backpack and books.

While training so hard, Gonzales said he treated himself with compassion, as training can take a toll on his mental health.

“You have to listen to your body because if you push and if you are not listening to yourself … a lot of times you will end up getting injured, or you will just suffer mental burnout,” Gonzales said.

Architectural engineering senior Collin Wills set plans to run the Austin Half Marathon, the Houston Marathon and Boston Marathon all in 2022. As vice president of Texas Running Club, part of his training consists of running with fellow TRC members.

“I try to use (training) as a social thing,” Wills said. “Especially on my easy days, I can kind of chill with somebody and talk to them.”

Special education sophomore Isabel Lago plans to run the Rock ‘n’ Roll Half Marathon in San Antonio on December 5. She started training a month ago and usually runs for six to seven miles at least three times a week. Depending on how she physically feels and the intensity of her coursework, she will alter her day-to-day training regimen, Lago said.

As Lago continues her training for December, the daily workouts help improve her mental health and keep her motivated, she said.

“My best days are the days where I have good runs,” Lago said. “I feel like I’m still doing something productive that isn’t only linked to my schoolwork, which I think is really important because it’s sometimes hard to get bogged down in your entire productivity.”