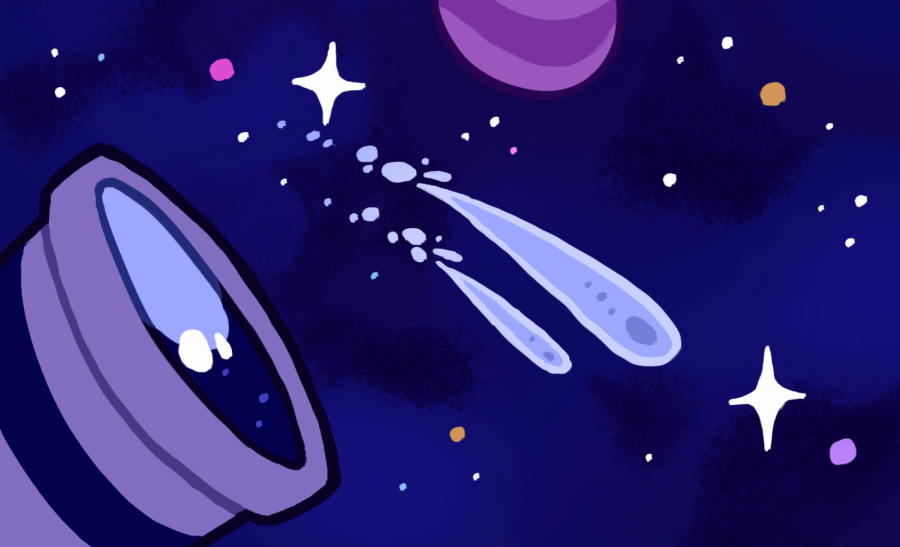 To better understand the conditions and potential for hosting life on other planets, a collaboration of researchers, including some from UT, received a nearly $1.2 million grant in early October for key components to complete their telescope instrumentation.

In collaboration with the Carnegie Institution for Science and the Korean Astronomy and Space Science Institute, UT researchers received a Heising-Simons Foundation grant for their MagNIFIES project, which is an instrument that will be used on the Magellan Telescope in Chile. Daniel Jaffe, vice president for research, said he hopes the technology will be able to better examine the atmospheres of smaller planets like Neptune and measure atmospheres of Earth-like planets in other solar systems.

“One of the things that people think would be a signature of the presence of life (on other planets) is the existence of free oxygen,” said Jaffe. “MagNIFIES will be able to detect one of the sets of features that oxygen makes and be able to see if it’s in the atmospheres of other planets, (which) is very difficult to do because there’s oxygen in the Earth’s atmosphere, and it blocks out the light of the oxygen from the planets.”

“(Astronomers) get a certain amount of time on the telescope to do a project, and the faster you can make an observation, … the more you can learn by taking more and more individual observations on a specific target,” said Weinberger, a staff scientist at the Carnegie Institution for Science Earth and Planets Laboratory. “It’ll be much faster to observe objects in the universe with MagNIFIES than it is with other instruments.”

Jaffe said the team began the MagNIFIES project about five years ago, and in January, they plan to submit a proposal to the National Science Foundation for funding to have the instrumentation completed and ready for the Magellan Telescope.

If the proposal passes, Jaffe said it will take about another four years to make sure the telescope and instrument can work together.

Editor’s note: This story has been updated to include the correct granting agency, the Heising-Simons Foundation. The story has also been updated to reflect Daniel Jaffe’s correct title as UT’s vice president for research. The Texan regrets these errors.