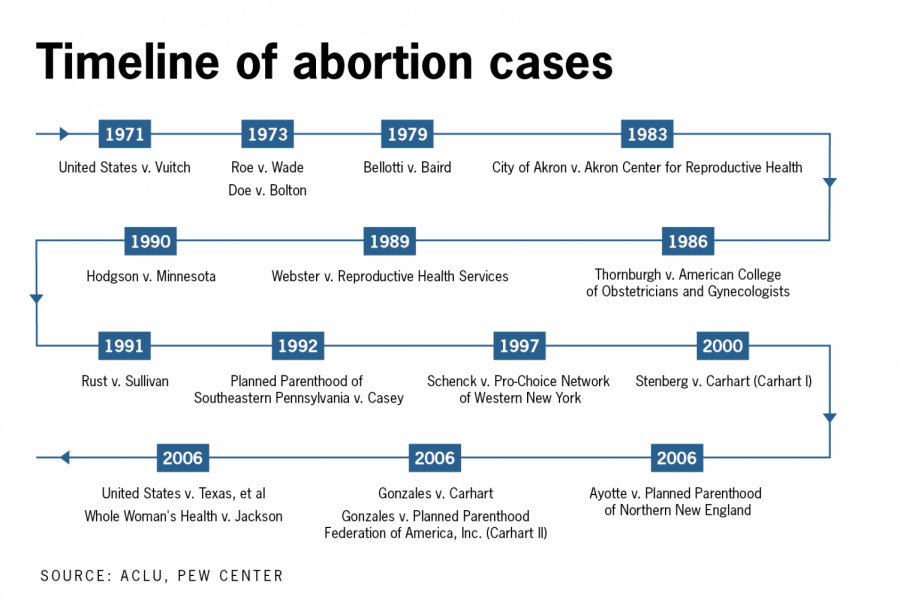 The issue being argued in one of the cases is not if a ban on abortion is unconstitutional, but rather how abortion providers can evade the threat of lawsuit, UT law professor Elizabeth Sepper said. Senate Bill 8 went into effect Sept. 1, and bans abortions as early as six weeks into pregnancy or upon detection of a fetal heartbeat. The law also allows private citizens to sue those who recieve, provide or aid an abortion.

Following various protests and social movements across the country, the United States Department of Justice filed suit against the state of Texas in September, challenging the constitutionality of the law. In another case, Whole Woman’s Health filed suit on behalf of several other abortion providers to block state clerks from accepting any lawsuits pertaining to Senate Bill 8 filed by Texas citizens.

Texas citizens who enforce the abortion law would do so by bringing civil lawsuits to those who aid in abortion care, including abortion funds and doctors, said Cristina Parker, communications director at The Lilith Fund for Reproductive Equity. The Lilith Fund is one of many plaintiffs in the abortion providers’ case brought to the Supreme Court.

“The rights and lives of Texans have been absolutely devastated by this for 70 days,” Parker said. “That’s a long time for people in a state to have lost access to a fundamental right for an essential health care procedure like abortion.”

Proving Senate Bill 8 is unconstitutional will be tricky, Sepper said, because the law is not enforced by the state itself, but by citizens who report abortions. This makes the process through the federal courts to deem the law unconstitutional more difficult.

Sepper said another issue with Senate Bill 8 is that no one has been convicted under the law yet and the only time a law’s constitutionality can be questioned is during the trial and appeal process. So the abortion providers are arguing based on hypothetical situations of someone suing, which was Chief Justice John Roberts’s concern during the hearing.

University Democrats President Eleanor Walter said she would like to see more action from the Supreme Court against Senate Bill 8 and hopes it will respect the precedent that Roe v. Wade has set by overturning it.

“If I were walking home at night, as I often do, and someone attacked me and raped me, and I got pregnant, I wouldn’t be able to do anything,” said Walter, a government and theater studies junior. “That’s a reality that me and many of my friends have to live with.”