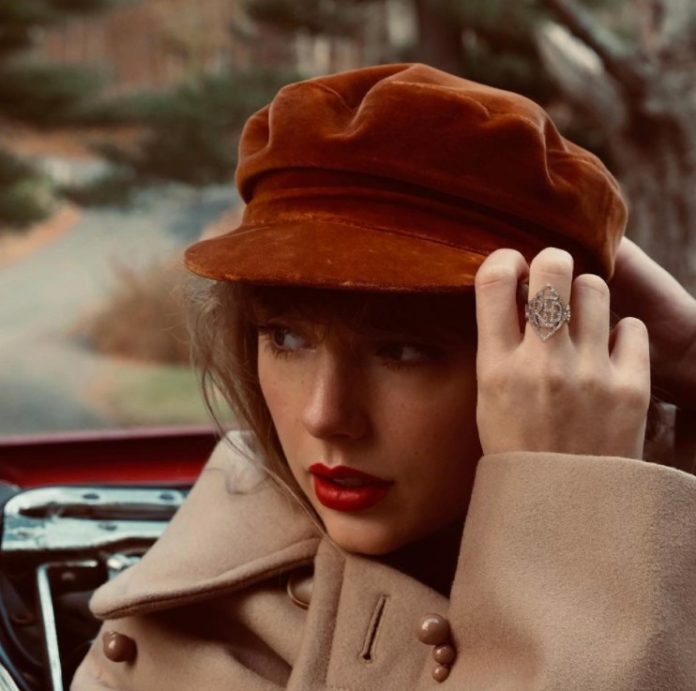 Now almost a decade older, Swift brings an undeniable vocal maturity to her iconic angsty anthems, costing some tracks the raw anger from the original recordings. One example is “I Knew You Were Trouble,” which now lacks the grungy, intense vocals that captivated the average radio listener in 2012.

Despite the minor disappointing tonal changes, the majority of rerecorded tracks dazzle with more lush, detailed production. The acoustic “Sad Beautiful Tragic” sounds almost like it was recorded in a vacant ballroom, amping up reverberation on Swift’s vocals to create a more hollow, atmospheric sound. Swift transforms the previously lackluster bonus track “Girl at Home,” from a cheesy country tune into a synth-heavy, retro dance track — a revitalization fans will appreciate.

The last 10 tracks of the collection present “The Vault” songs, all previously unreleased works. Some new tracks recall Swift’s country roots. The deliciously bitter “I Bet You Think About Me” hits with stinging one-liners and bluesy harmonica melodies. On “Forever Winter,” saxophones and strong string arrangements culminate in a refreshing approach to a classic country ballad.

Just like the original 20 tracks on the album, songs “from the vault” can’t fit into a single genre. Marking a keystone collaboration in Swift’s discography, “Nothing New” featuring alternative singer-songwriter Phoebe Bridgers showcases some of the most vulnerable, chilling songwriting of the entire collection. The song’s slow, solemn tone provides contrast to the carefree mood of “22,” while describing the same period in Swift’s life. Vault tracks like this one add context to songs from the original Red and add a new dimension to otherwise well-known tracks.

After patiently enjoying two hours of emotive, fun and heartbreaking tracks, listeners receive the much-awaited “All Too Well (10 Minute Version),” an extension of a lyrical masterpiece deemed Swift’s best song by many critics. This version, a roller coaster of a song, chronicles her three-month relationship with actor Jake Gyllenhaal. The ballad stands as a testament to Swift’s attention to detail in songwriting and her willingness to bare her innermost feelings to audiences. To the credit of both Swift and her producers, “All Too Well 10 Minute Version” stays compelling throughout its duration, gleaming with multiple satisfying crescendos and ambient backing vocals.