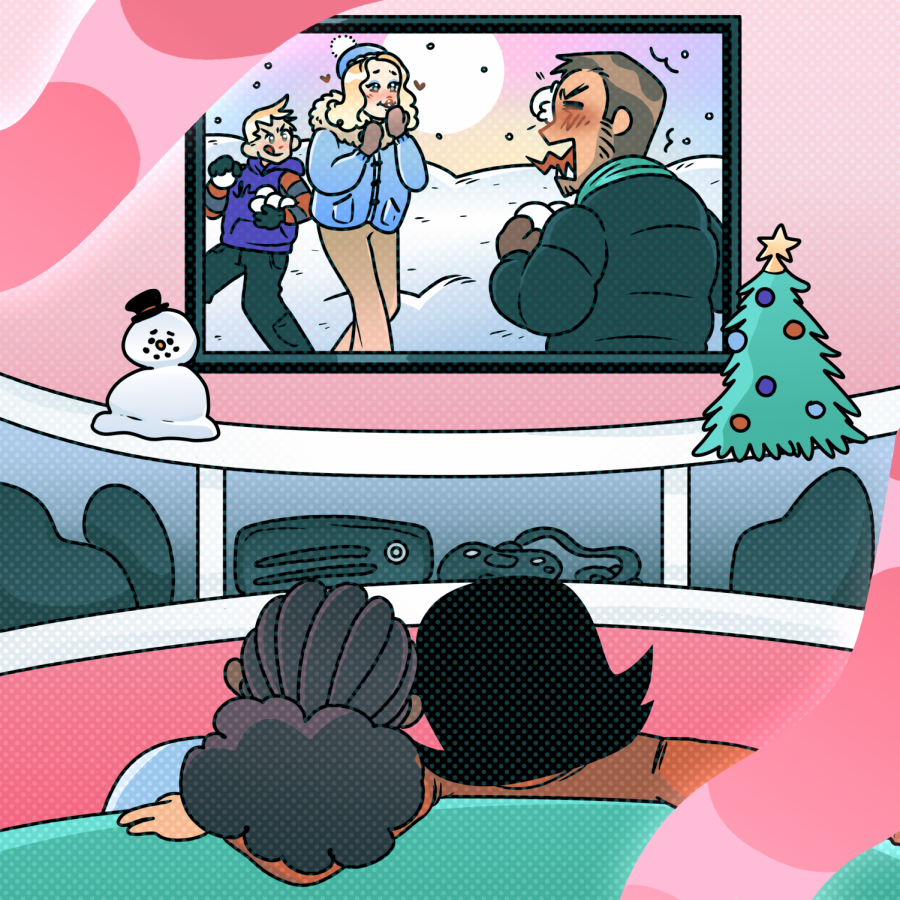 It’s the most wonderful time of the year, meaning Christmas rom-coms can finally return. Filled with whirlwind romances and jolly miracles, these movies are perfect feel-good films for the holiday season. Grab some popcorn and hot cocoa, and enjoy The Daily Texan’s list of five must-see Christmas rom-coms.

Hilarious scenarios, a dysfunctional family dynamic and long-running jokes frequent “Happiest Season.” Harper (Mackenzie Davis) and Abby (Kristen Stewart) have been dating for nearly a year, and Abby hopes to propose on Christmas day while at Harper’s childhood home. However, Harper hasn’t come out to her family as lesbian. Harper convinces Abby to pretend to be her roommate to avoid family conflict, ultimately causing more harm than good. Anyone battling with self-acceptance or perfectionism can relate to this compelling story.

4 crazy sisters out of 5

A new release this 2021 Christmas season, “Love Hard” follows the story of Natalie (Nina Dobrev) who finally believes she found love on a dating app, only to fly across the country for Christmas and find out she’s been catfished. Nina Dobrev and Jimmy O. Yang perform delightfully together with genuine light-hearted banter. A likable male lead with a strong personality, Yang’s performance as Josh Lin stands out among the cast. “Love Hard” shows that beautiful things can come from unexpected places.

4 dating disasters out of 5

“Holly Star” evokes genuine laughs. Broke puppeteer Holly (Katlyn Carlson) returns home for the holidays, where she unexpectedly finds a love connection. Puppeteering appears between scenes throughout the movie, furthering the plot. The movie can be wacky, but the film provides never-ending laughs.

4 Santa puppets out of 5

Identifying with a main character in a Christmas movie can feel nearly impossible, but Emilia Clarke exceeds expectations as Kate in “Last Christmas.” Alongside Tom (Henry Golding),  the chemistry of the pair feels unforgettable. “Last Christmas” captivates audiences, provides beautiful scenery and evokes strong emotion with a plot that deviates from traditional Christmas rom-com tropes. Anticipate a major plot twist at the end of the movie.