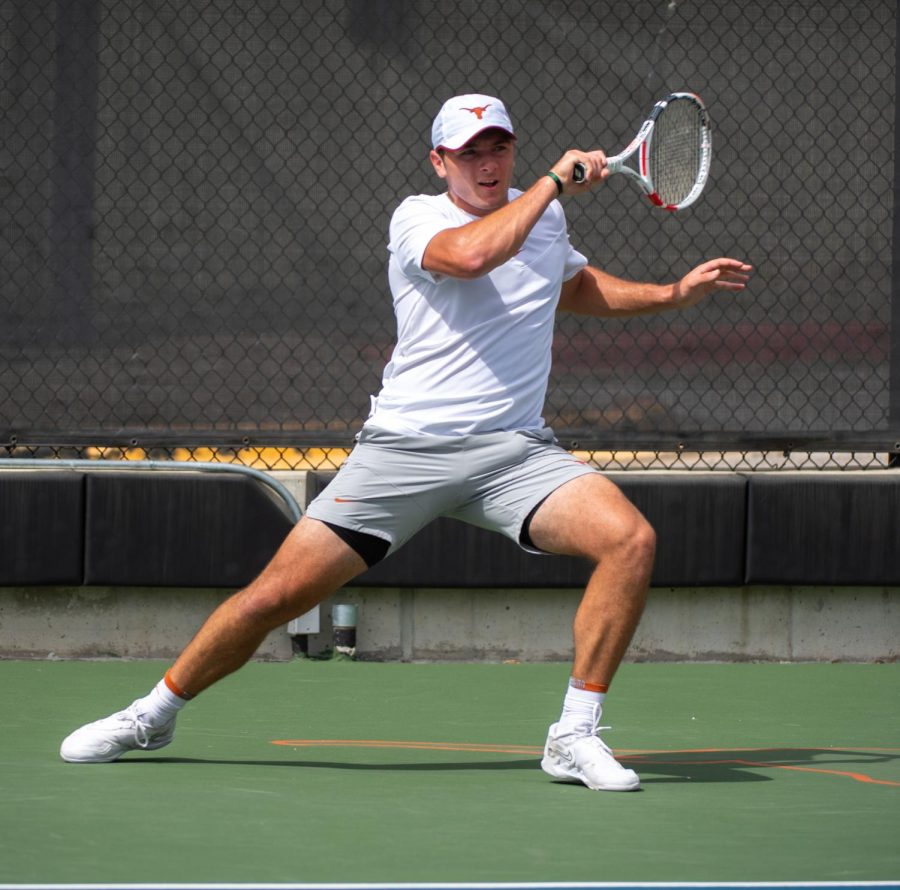 A four-year standout at Notre Dame and a former USTA No. 1-ranked junior, Richard Ciamarra has had no shortage of individual success throughout his tennis career.

The former ITA All-American could have set aside his racket upon graduating from Notre Dame this spring. Instead, he transferred to Texas, exercising his fifth year of eligibility for one reason only — the pursuit of a national championship.

During his tenure at Notre Dame, Ciamarra was ranked as high as No. 5 in the country in singles, No. 9 in doubles and won a doubles title at the ITA Midwest Regionals as a true freshman.

But for all of his individual accomplishments with the Fighting Irish, Ciamarra never advanced beyond the second round of the NCAA Championship at Notre Dame.

With no professional tennis aspirations and a full-time job lined up at Bank of America, Ciamarra is desperate to find team success in the last year of his nearly two-decade tennis career. So he chose Texas.

“When I first decided to enter the transfer portal, I wanted to go to a team that’s going to make deep, deep runs in the tournament, kind of like (Texas) did last year,” Ciamarra said. “I wanted to go to a young team that I knew everyone was coming back (to), where they were going to have the same people there, a great culture, where everybody wants to win.”

Joining a youthful, fearless squad that reached the final four last spring as a bunch of gritty underclassmen, Ciamarra feels he’s found the perfect place to make that coveted run in the NCAA tournament.

In turn, coach Bruce Berque may have found the perfect piece to round out this talented group. The only true upperclassmen from last year’s team, Payton Holden, graduated, so Ciamarra, a two-time captain at Notre Dame, will bring a much needed veteran presence.

“I definitely have experience with leading a team,” Ciamarra said. “So I know how valuable that could be, and (Berque) and I have talked about that.”

Aside from his leadership qualities, Ciamarra can slot into the doubles lineup for Holden right away. Playing alongside Cleeve Harper, whom he expects to be his partner at least to start out the upcoming spring season, Ciamarra reached the doubles finals of the ITA Texas Regional.

But unlike Holden, who is a doubles specialist, Ciamarra is also an accomplished singles player, who can bolster what already is a deep Texas singles lineup.

With last year’s entire singles lineup returning, and promising Belgian Pierre-Yves Bailly set to join the group ahead of the spring season, Berque could potentially have five, or even six, ranked players in his singles lineup.

Ciamarra, who is used to playing at the No. 1 spot for Notre Dame, will likely figure into the rotation outside the top three spots — a scary proposition for Texas’ opponents.

“When you have a four, five, six, that’s just as good to play in the top three, that’s where you make huge strides,” Ciamarra said. “Those are the guys you rely on.”

Since making the doubles final at the Texas Regional, Ciamarra has been out for around a month, battling elbow and wrist injuries. Thankfully for him and for Texas, the Longhorns are afforded a nice December break before the spring season starts to heat up in January.

Despite the start of the real season being more than a month away, Ciamarra can’t help but brim with excitement about what is to come for him and his new cast of teammates.

“I’m just looking to, over Christmas break, just get healthy and get the body right and the mind right, so when we come back in January, we’re firing on all cylinders,” Ciamarra said. “It’s gonna be fun, it’s gonna be a challenge, and we’re all looking forward to it.”