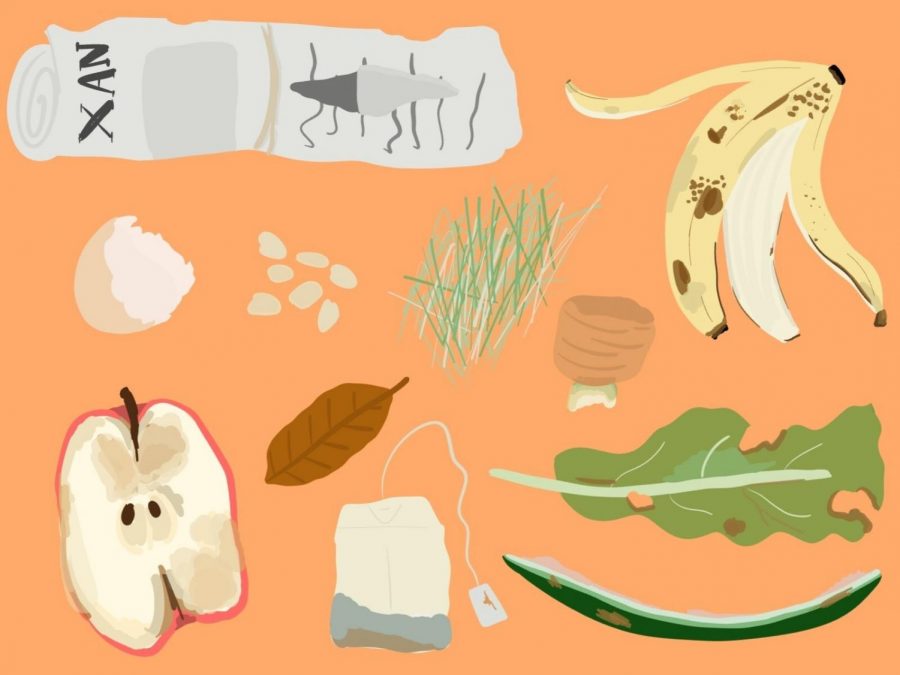 According to the scientists behind Climate Clock, this is the amount of time we have left to limit global warming by 1.5 C, depicting the urgency of the climate crisis we are currently facing. Almost every day we are exposed to horrifying stories of forest fires or melting glaciers and are met with the question of how to solve this pressing problem.

While changes of large magnitudes will not be possible without political intervention, there are still habits that we can incorporate into our daily lives to better our environment. One of them is composting.

Composting has great benefits for the environment such as reducing landfill waste and adding nutrients to the soil. This is why it is concerning to hear that although there are compost bins present in dining halls, University Housing and Dining is no longer composting the waste in these bins. Their contract has been expired for over a year, and food being “composted” in the dining halls is actually being taken to the landfill.

It is critical that the UHD be more transparent about their expired composting contract and renew it as soon as possible.

Neil Kaufman, sustainability manager with University Housing and Dining, provided some insight on why the contract was not renewed.

“Our service agreement with our service provider for composting had expired at the end of January of 2020, and a month and a half or so after that was the shutdown,” Kaufman said. “So even though we actually had a company that we were very closely considering bringing on, with the lockdown, we kind of dropped everything and really didn’t start reconsidering what the next steps were until quite a bit later, once we came back to campus.”

While it might have been difficult to renew a contract in the middle of the pandemic, students have unknowingly thrown their food scraps away in the trash for over a year, thinking that it was going to be composted.

Chemistry freshman Adora Wu did not know anything about this situation prior to her interview.

“I did not (know that UHD wasn’t composting) and that really surprises me because I keep seeing the compost bins in the dining halls,” Wu said. “I think it’s very dishonest of UT to have the bins there, but they’re not actually being composted.”

Wu also provided a potential, short-term solution to this problem.

“For the time being, they could put up signs (on the compost bins) just to educate people and let them know,” Wu said. “I’m sure a lot of people would also have a problem with this and they would push for UHD to bring back the compost and renew their contract.”

Kaufman mentioned that University Housing and Dining is in an interim period, and is working with a different company to create a new composting contract. In the meantime, UHD is currently working on measures to ensure they are being transparent about their composting situation.

“We’re going to be changing out the signage, to better reflect where that waste is going,” Kaufman said. “I think it’s also important, though, that students maintain their waste sorting habits, and that was initially kind of why we kept that compost (bins), as we thought it was just going to be a temporary lapse in that contract, but since it’s been so long we want to make sure that’s reflected to be accurate.”

Although progress to create a more sustainable campus environment is being promised, it is imperative that UHD immediately replaces the signage on the compostable bins and renews their composting contract.

Quadri is a Plan II and business freshman from Austin, Texas.