Texas wins if, loses if: TCU 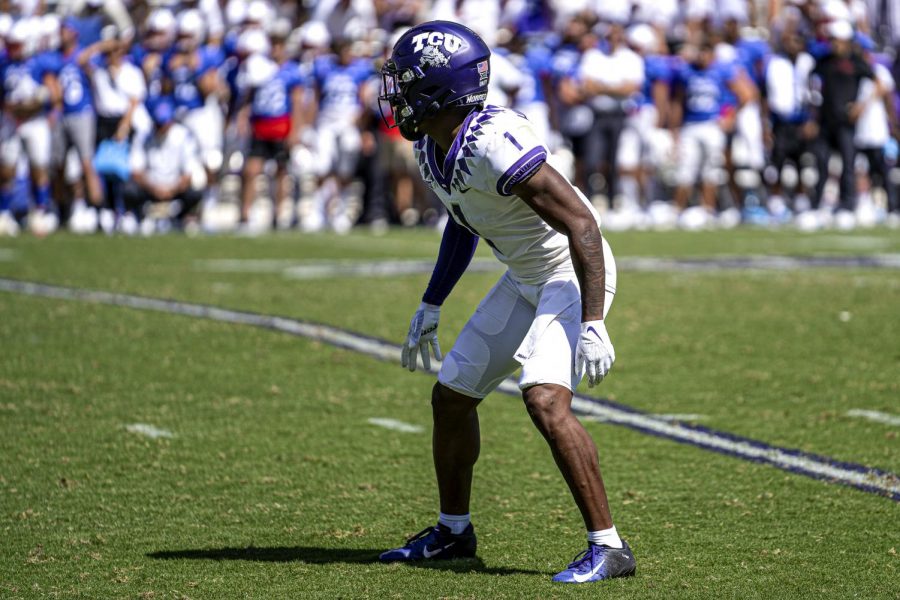 The Longhorns hit the road for just the second time this season, traveling to Fort Worth to take on TCU. Since the Horned Frogs joined the Big 12 in 2012, they have outmatched Texas seven of the nine times the two teams have tangoed. Saturday’s duel will be an intense matchup between two in-state teams, with the victor being in prime position to compete for the Big 12 title come December.

… they stay calm in a hostile environment

Against Texas Tech, the Longhorns had themselves a day scoring 70 points and tallying 639 total yards of offense. Texas has looked strong at home but struggled during Week 2 against Arkansas in Fayetteville. Even though TCU is in a bit of a slump, the Longhorns  need to be prepared to enter an unruly stadium in its first conference road game this season. Since Texas announced its eventual move to the SEC in July, opponents will be even more intense and focused on beating the Longhorns.

… they establish the running game

When head coach Steve Sarkisian was hired back in January, he was in large part brought in to display his innovative offensive play-calling. Heading into Week 5, Sarkisian hasn’t had to grab fancy plays from the back of his pocket, instead relying heavily on the running game to create offensive momentum. Fortunately for Sark, the head coach has a deep running back unit headed by sophomore running back Bijan Robinson. The Horned Frogs always bring a ferocious defensive line, but with elusive Longhorns in the backfield, look to see if Texas can find a win on the ground.

The Horned Frogs defense should be firing on all cylinders with defensive upperclassmen, yet they find themselves struggling. TCU’s defense gave up almost 600 offensive yards in last Saturday’s matchup against SMU, which gives junior quarterback Casey Thompson an ample opportunity to take advantage of an underdeveloped defense. Against Texas Tech, Thompson found continuity and composure by staying in the pocket as he led the UT offense to hang 70 points on the Red Raiders. To beat TCU, Thompson will have to prepare to not fall victim to TCU’s disguised coverage and blitz packages.

… they look ahead to Week 6

Longhorn faithful have had Week 6 circled on their calendars all season long for the beloved Red River Rivalry. With one more Saturday before the Cotton Bowl is packed with burnt orange and crimson red, Sarkisian needs to retain the focus of his players. Even though the Horned Frogs are coming off a disappointing home loss to SMU, they should not be overlooked as an easy-going opponent. TCU head coach Gary Patterson always finds a way to get the most out of his players when it matters most. Saturday’s matchup will be up to Sarkisian and staff to capture Texas’ momentum and keep the squad focused on the present matchup while leaving the Oklahoma game where it belongs: next week.

Before becoming the head coach for the Horned Frogs in 2000, Patterson’s expertise came from coaching on the defensive side of the ball for many years. Patterson is known to play a 4-2-5 positionless defense, using his players as he sees necessary rather than assigning them to a certain scheme. The Longhorns cannot overlook how poor their opponents have been playing as of late, but rather realize and understand that Patterson can alter his team’s recent form of play at any moment. Texas’ offense needs to be on its toes because Patterson and team will be throwing the proverbial kitchen sink at the Longhorns.