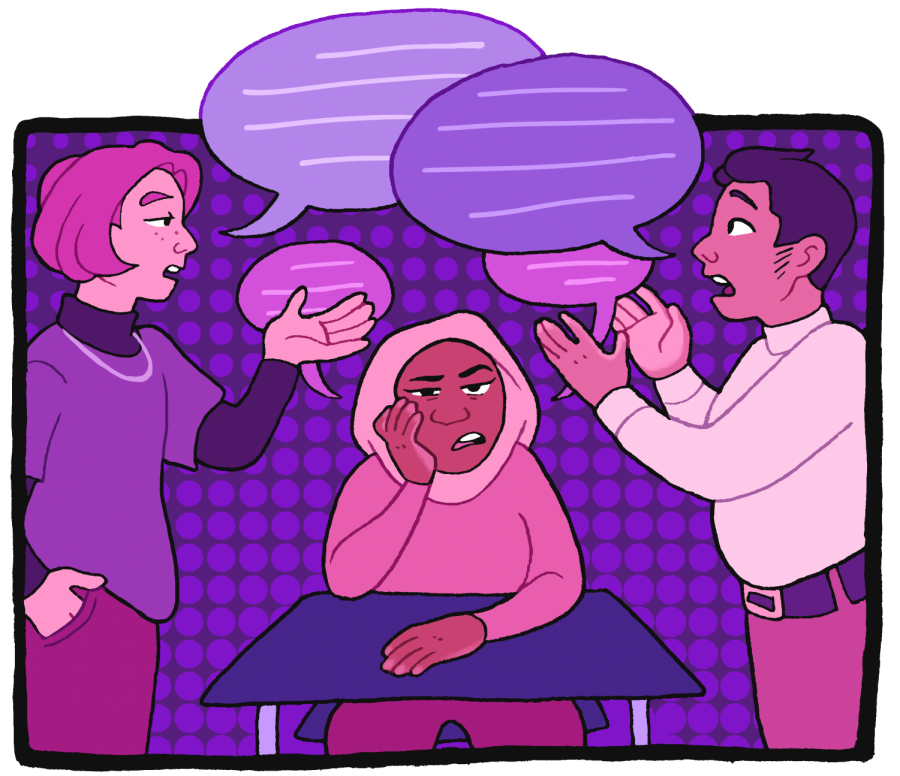 Huddled around her lab table, Haylie Nguyen watched as her male groupmates erased and rewrote her original answer in their own words.

“They completely changed what I did, and it wasn’t even to make it better,” the civil engineering sophomore said. “It was the same content, … (they) just changed it to what they wanted and didn’t even ask.”

Women’s enrollment in some engineering majors has decreased since 2016, and today only 30% of students in the Cockrell School of Engineering are women. Many say this is due to the antagonistic classroom environment, where women find themselves underestimated, spoken over and ignored by their male counterparts. Consequently, many female students feel like they don’t fit in the engineering field.

Nguyen said women make up about 20% of some of her engineering classes. According to her, the male majority continuously dominates classroom conversations, which affects her ability to comprehend the material.

“(They) challenge the professor which changes the dynamic of my learning,” Nguyen said. “(When) I try to get help on my homework or ask a question, they tend to overexplain. They never actually say anything of substance.”

Nguyen said she wants to challenge men who ignore her, but she restrains herself for fear of playing into the stereotype of women who act “too aggressive.”

“Whenever I say something confidently, I’m like, ‘Oh my god, I shouldn’t have been so assertive,’” Nguyen said.

“(The men in my class) all kind of know each other, … and they’re a lot more confident and outgoing,” Rojo said. “They talk to each other across the class and talk over people.”

Rojo said being spoken over and doubted by men made her question her career path in engineering, especially since this cycle continues in the workforce as well.

“I went to a retreat my freshman year for petroleum engineering,” Rojo said. “We had meetings throughout the day with different representatives. … It was just a bunch of white men. I couldn’t relate to them. I felt really out of place. I went home and I was like, ‘Is this for me?’”

Lorine Salel, an environmental engineering and international relations and global studies sophomore, said not only does she experience disregard from her male classmates, but from professors, too.

“I was asking for help … after a test, and (the professor) was extremely condescending to me,” Salel said. “My guy friends who were in the class thought he was a wonderful person … and in office hours, they said he was very nice. It didn’t click until later (that) … maybe he’s just sexist.”

With a lack of female representation, Salel said she regularly feels intimidated. She feels the Cockrell School needs to do more to make women feel accepted.

“Women in engineering are supportive of one another, … but there’s nothing being done about men and how they’ve been acting,” Salel said. “Men should be involved in the conversation … of changing the mentality of Cockrell. … Engineering schools (shouldn’t) be a hostile place for women.”