Kerbey Lane goes back to 24 hours on Fridays and Saturdays 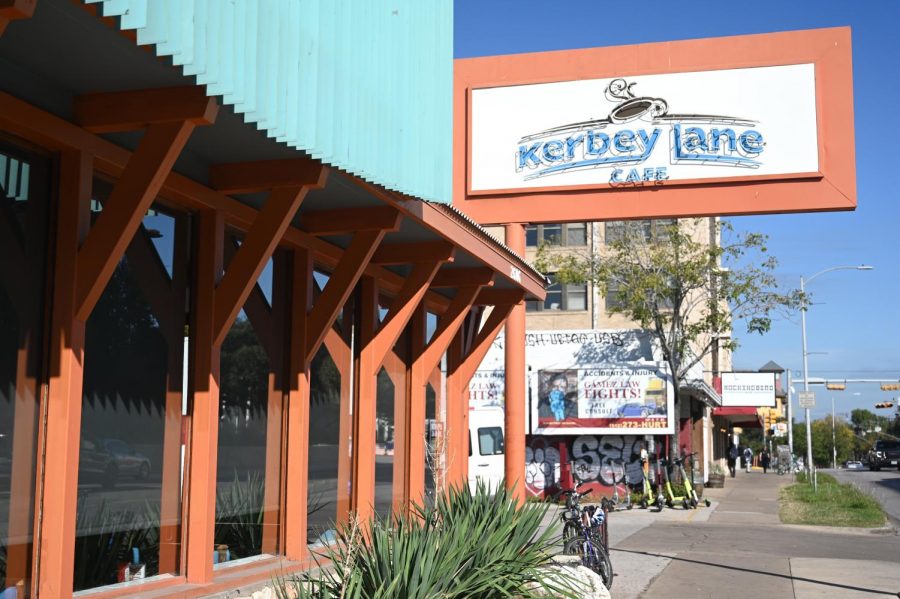 Kerbey Lane on Guadalupe Street returned to 24-hour service on Fridays and Saturdays starting in late October. Some servers and students are excited to bring back the excitement of the nighttime at the restaurant.

Jon Haben, general manager of UT’s closest Kerbey Lane, said due to increased demand, he expanded hours around the clock Fridays and Saturdays and may add overnight shifts for Thursday in the spring, but he has no intention of going back to 24/7 anytime soon. The restaurant used to be open 24-hours a day seven days a week but decreased its hours to close at 10 p.m. because of the pandemic.

“The (labor) market is kind of flooded with a bunch of different places opening back up at the same time,” Haben said. “It was hard to find people to work for a long time, so we were kind of holding off until we felt like we were doing well.”

Mattie Jones, a server at Kerbey Lane, said traffic in the restaurant increased during Halloween weekend, the first 24-hour weekend.

Radio-television-film junior Jones said she expects more customers to eat at the restaurant in the coming weeks since it is one of the only 24-hour places on weekends in West Campus besides Whataburger.

“I would say a good chunk of my coworkers are pretty excited,” Jones said. “I know they actually really enjoy working overnights because sometimes it can be a fun, chaotic (time) just having that adrenaline rush of just the busyness of everything.”

Haben said the weekend of Oct. 29 was the first weekend that management could open through the night with appropriate staffing.

The cafe noticed a 10% increase in weekly sales after opening 24-hour on Friday and Saturday, according to Haben, which he partially credited to Halloween weekend.

Advertising junior Erin Wood said she would go to Kerbey at least twice a week before the pandemic shortened their hours.

Wood said she thinks Kerbey Lane appeals to some students because when it used to be open 24-hours, students sometimes studied there for finals, which created a sense of camaraderie.

“It’s cheesy, but I really do think food brings people together,” Wood said. “Kerbey (Lane) has just been one of those things that I treasure so much because I just go with my friends and it’s been more of an activity. It’s more than eating. It’s just doing life together.”