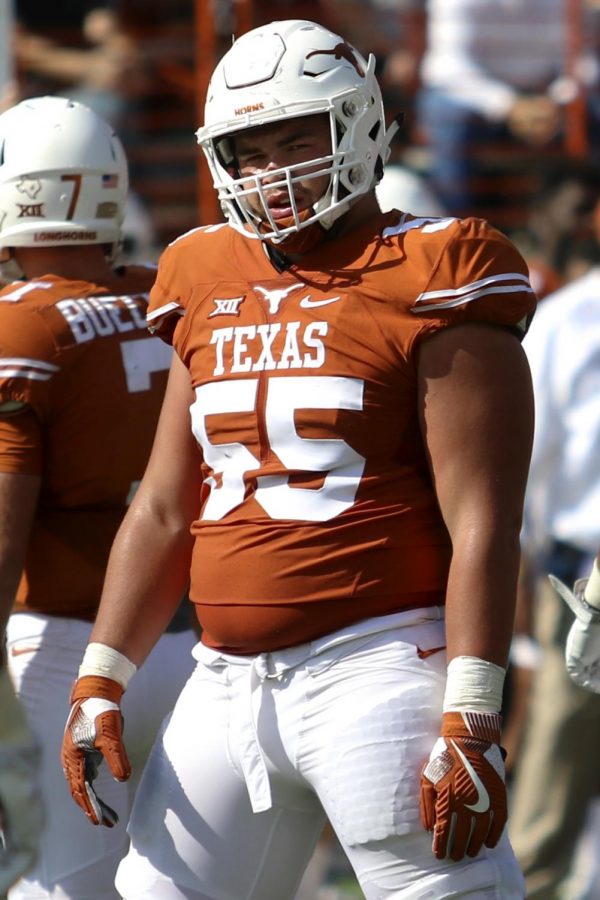 Quandre Diggs made his presence evident in the Seattle Seahawks’ secondary on Thursday night. The former Texas cornerback continues to be a playmaker on a struggling Seattle defense, having a recent interception in the endzone against the highly touted Los Angeles Rams. Diggs brought life to a slow-starting Thursday Night Football matchup with a much-needed turnover in the first quarter. After a quick 68-yard drive by the Rams and on the 8-yard line, Rams quarterback Matthew Stafford rolled out on what looked to be a throw-away or miscommunication. Stafford ended up throwing an interception that landed in Diggs’ hands in the corner of the endzone. Diggs also recorded five solo tackles and a pass deflection. While Seattle wound up with a loss, Diggs flew around the field giving it his all in this NFC West rivalry game.

With perhaps one of the most bizarre special teams sequences in recent memory, former Longhorn punter Michael Dickson displayed his football IQ and his massive leg. The fourth-year punter –– and one of the best in the NFL –– made the most out of a blocked punt between the Rams and the Seahawks. In the third quarter, a regular punt turned to chaos on the field and confusion among fans when Dickison’s punt was blocked and the former Texas punter chased after the ball, scooped it up on the run and booted a monster 68-yard punt in traffic. The punt pinned the Rams back at their own 10-yard line instead of opting for points on the board.

Sam Cosmi continues to prove on Sundays why he’s one of the best rookies of the 2021 draft class. Coming into this week, the rookie out of Texas was PFF’s ninth-highest graded rookie, ahead of players like New England Patriots quarterback Mac Jones and Arizona Cardinals wide receiver Rondale Moore. Selected in the second round of the 2021 NFL Draft, the Washington Football Team offensive tackle solidified himself as one of the top run-blockers in the league when he plowed the way for an Antonio Gibson touchdown. Cosmi cleared two layers of defenders, leaving a clear path for Gibson to score. This season, Cosmi has established himself as a reliable run-blocker and one of the brightest rookies in the league.

Another former Texas offensive lineman showed out in the trenches on Sunday. Dallas Cowboys’ Connor Williams played a crucial role on the Cowboys’ offensive line in a matchup against their division rival, the New York Giants, in Arlington. Williams faced the daunting task of facing a stout Giants defensive line, but the big man up front didn’t waiver. Behind Williams and the Dallas line, the Cowboys rushed for 201 yards against the G-Men to put America’s Team at more than 800 rushing yards over the past four weeks. Williams’ pulling ability allowed Dallas to stretch out the offense and clear second-level defenders on the way to the Cowboys’ dominant 44-20 victory over the Giants.