On the rise: Offensive lineman Jake Majors steps up after Arkansas loss 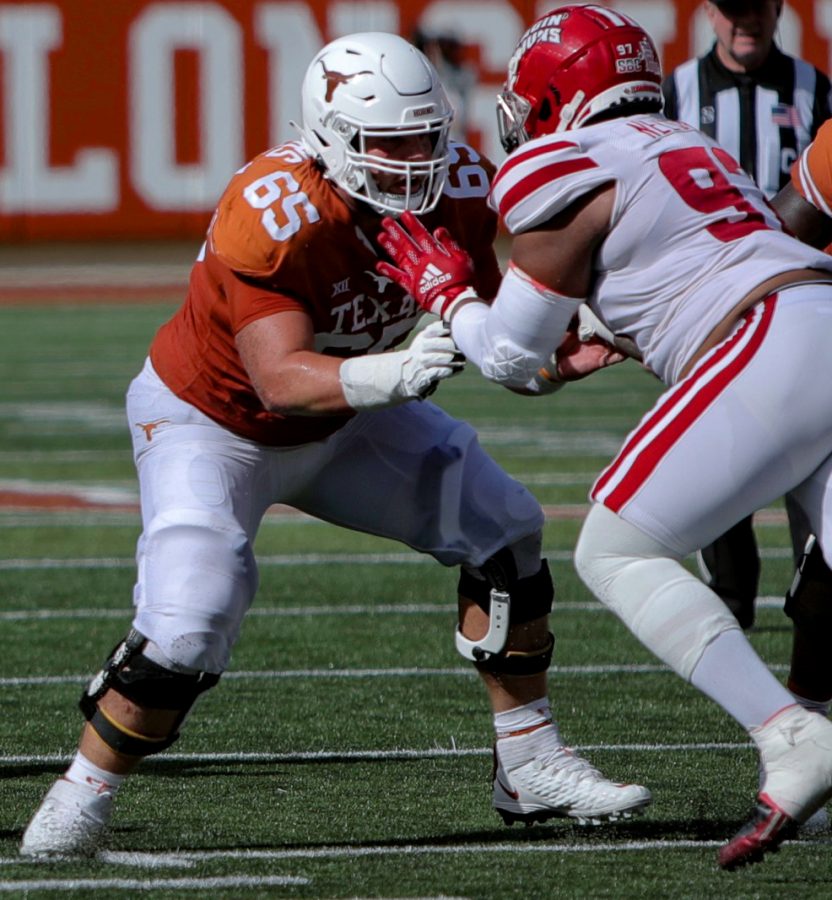 “Those grades, I took personally,” Majors said in his weekly appearance with Orangebloods.com on Sept. 28. “I never want to see those grades again, and I think the four guys around me would say the same.”

After Majors “took it personal” à la Jordan, the center turned his season around almost as quickly as it cratered against Arkansas.

And while Flood’s grades may never be seen outside of O-line team meetings, Pro Football Focus’ grades certainly back up both the poor play and the rapid turnaround. Majors received a 43.9 grade from PFF after the loss –– second worst on the team –– and an 11.9 pass blocking grade on the 100-point scale.

Majors finished with a 76.1 grade against Rice and a 74.8 grade for his performance against TCU, the highest grade on the offense.

After the Texas offensive line did not allow a single quarterback pressure in its best performance this season against Texas Tech, Sarkisian singled out Majors as the player who’s improved the most on the line. The center, who calls himself “undersized,” is listed at 6-foot-3-inches and 310 pounds.

“People are coming out after the Arkansas game (saying), ‘Alright, let’s put a big nose (tackle) over Jake Majors and see if he can handle them,’” Sarkisian said after the Texas Tech win. “I think he’s responded the last two weeks to that.”

The redshirt freshman kicked off the season as the only player on the offensive line without any significant college experience. As the least experienced player on the line, Majors is tasked with a lion’s share of communicating protections and blocking assignments as the center.

His work on that end improved. Sarkisian said a point of emphasis after the Arkansas loss was identifying defensive fronts and communicating and playing well in unison. But getting the assignments right is just the first step of many for Majors.

“It’s one thing to get your assignment right,” Sarkisian said. “It’s another to block your man and defeat your man and to strain to finish so that the runner can get to the second level.”

It’s the “nasty demeanor” Sarkisan and Flood preach to their offensive line. The Texas offense relies heavily on the run to get the bulk of plays on sophomore running back Bijan Robinson’s highlight reel. Majors and company need to get their work done to get to the second level and open those holes to run through first.

Robinson mentioned Majors after being asked if there were any unsung heroes on this year’s Texas squad.

“Jake Majors (is) just the guy that always keeps me locked in on the field,” Robinson said. “He’s always just … looking at my demeanor, my intentions. I usually just smile and stay quiet on the field or even off the field, but he just looks at me and he’s like, ‘Are you alright? Are you good? Do you need anything? Do you need to talk?’ (He) just always makes sure that I’m in the moment and always wrapped around (a) positive mentality.”

Instead, with fifth-year senior Derek Kerstetter moving to fill Okafor’s spot and redshirt freshman Andrej Karic stepping in at right tackle, the center will need to get the communication crisp again with a reshuffled line.

“Throughout the season, he’s really grown up,” Kerstetter said. “It’s been good to see.”

Majors will just need to grow up even more for Texas to thrive.