Texas wins if, loses if: Baylor 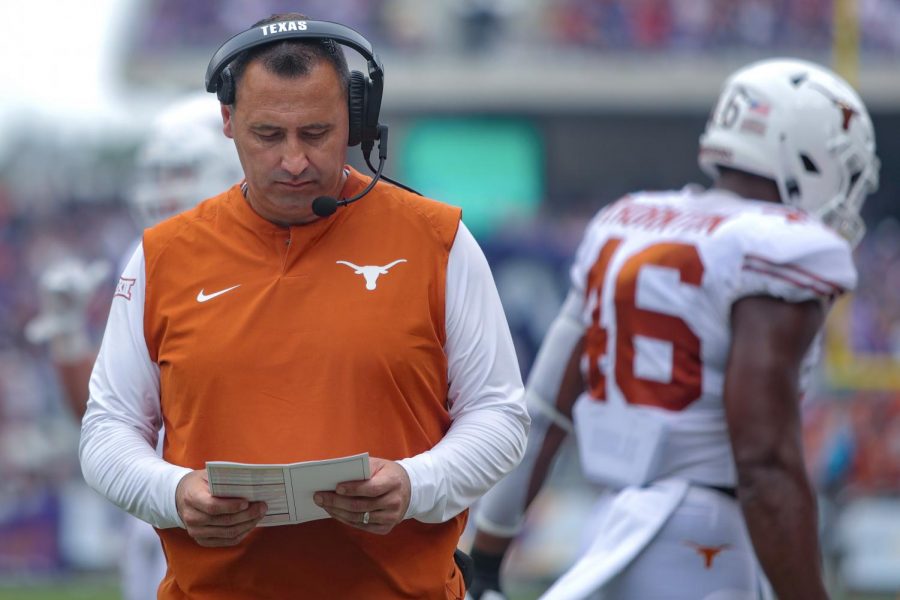 Coming off the bye week, the Longhorns are looking to rebound after dropping key conference games to two Oklahoma programs. With the Sooners being the only remaining undefeated team in the Big 12, Texas can still find its way to Arlington for the Big 12 Championship Game if head coach Steve Sarkisian and team win out. A key matchup against the No. 13 Baylor Bears could stand between Texas and Arlington with another afternoon kick off.

…it mentally moves past second half woes

Having the week off could not have come at a better time for a Texas program that saw two games slip away. In both contests, the Texas offense came out of the tunnel firing on all cylinders before cooling off in the second half and struggling to produce points. If Sarkisian wants to keep the season alive, the former offensive coordinator must get the team’s mentality right before the contest, especially for a team that has seen a change at the quarterback position. Look out to see how the Horns kick it into gear after the second half.

…the offensive line protects the pocket

Junior quarterback Casey Thompson has had success connecting with receivers and scrambling for first downs when he gets ample time in the pocket. Against Oklahoma State, offensive line coach Kyle Flood decided to mix up the offensive line before and during contest. The quarterback protectors cannot get weary and must play at peak performance on the road in Bear country. The O-line needs to give Thompson time to create and run through his progressions. Look to see how the O-line handles three or four edge rushers scrambling to sack Thompson.

…Bijan Robinson doesn’t have to do it all

Longhorn Nation knows just how special sophomore running back Bijan Robinson is after having already surpassed 900 yards on the ground in seven games this season. The offense shouldn’t have to rely on Robinson to carry the offensive front and force him to have another big performance. Instead of being one-dimensional, Sarkisian’s offense needs to maximize upon the run-pass option to keep the Baylor defense on its toes. If the Longhorn play-calling stays unpredictable throughout the game, Texas can celebrate its first victory in Waco since 2017.

The Baylor offense relies heavily upon senior running back Abram Smith. The Abilene, Texas, product is coming off one of his best career games after tallying 188 yards on 27 attempts and three touchdowns against a stout BYU defense. The Bears are averaging the 22nd best rushing attack in the country, and they don’t look like they’re slowing down anytime soon. It doesn’t help that the Longhorn defense is not dominant at stopping the run, giving up an average of over 200 yards per game. Baylor will try to establish the run game and will likely look to also establish the play-action pass as well. If the Texas defense fails to come out of the gates swinging to close the holes in Baylor’s run game, it will be a long afternoon for defensive coordinator Pete Kwiatkowski.

Baylor head coach Dave Aranda is known for his defensive coaching abilities. Aranda gained national attention after helping lead LSU to a national championship title in 2020. In just his second year in Waco, Aranda has his defensive unit allowing less than 200 yards through the air on average, a statistic simultaneous with the running game. Sarkisian will need to be prepared for Aranda’s physical brand of defense, which Sarkisian has faced in the past as Alabama’s former offensive coordinator during Aranda’s defensive stint at LSU. If Sarkisian struggles to counter the defense and fails to find an offensive scheme that works, the Longhorns will be on their first three-game losing streak since the 2016-2017 season.