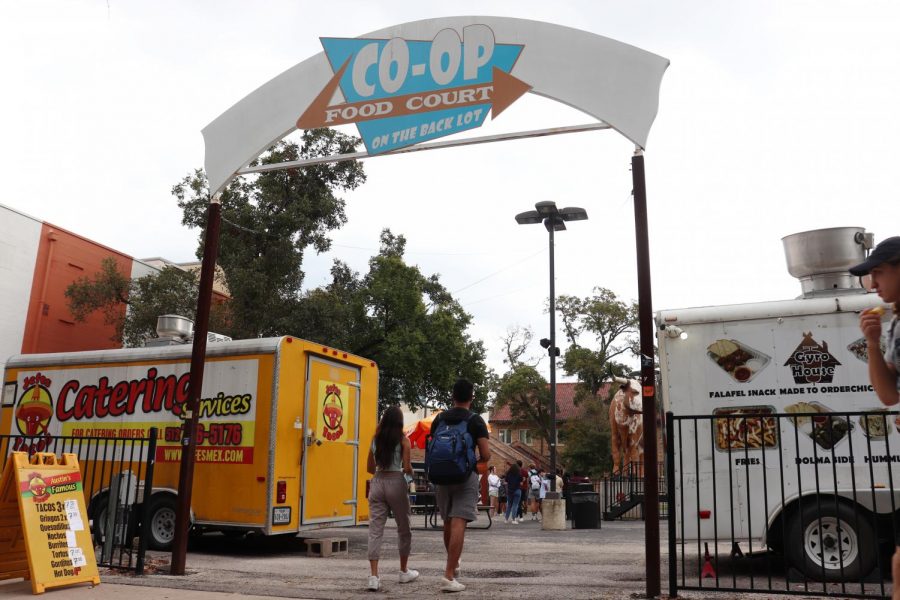 Many family-owned restaurants in the University Co-op Food Court are struggling to relocate after the University decided to convert the lot into employee parking, only giving vendors a month’s notice.

Many restaurants are looking to relocate near campus, but only a few have successfully found a new spot to move to after the Co-op ends their parking lot leases Oct. 31.

Edward Sumner, owner of Don Japanese Kitchen, said he is trying to find a spot in West Campus to keep their clientele base and continue to serve students.

Sumner said he hopes to relocate to Dobie Mall, but it’s a long process, as the building is currently changing ownership since UT recently purchased the complex to provide more University housing.

“We’re currently looking around with a few brokers to find any location that is in walking distance of campus,” Sumner said. “Our game plan right now is to try to survive, and hopefully by the time the spring semester rolls around we’ll hear back from someone.”

Public health sophomore Ravi Parekh said he usually stops by Don’s about twice a week and he’s going to miss it. Because he eats at the truck regularly, he said he’s built a relationship with the owners and employees.

“I love this place, and I think it’s really important for UT culture too,” Parekh said. “The line’s (long) every day, no matter what time. I’ve come in torrential rain and the line was still ridiculously long.”

Sumner said the University giving the food trucks a little over a month to relocate was disrespectful to their businesses. Don’s currently has a second location in San Marcos, which Sumner said may have to hold the family until they can relocate in West Campus.

“We’re all family businesses, so we were all very upset for them to only give us one month to let us know that they’ll be shutting it down, because we’re making our livelihood,” Sumner said.

Jefe’s Street Tacos said it will continue serving food at their Lamar location until it finds a new court for its West Campus truck.

The second location, Jefe’s Mexican Restaurant, can be found at 720 N. Lamar Blvd.

Vittle Vibes, an Indian fusion vegetarian and vegan restaurant, is currently in the process of securing a new location, but has not announced it yet. A restaurant spokesperson did not specify if it would be able to stay in West Campus, and Vittle Vibes will have its last day at the Co-op Food Court on Oct. 23.

Trippy Buck Coffee has not found a new location but hopes to stay in West Campus as the truck has just begun to establish a steady clientele.

Gyro House, a Mediterranean restaurant, did not respond in time to requests for comment by The Daily Texan and has not posted any information about its new location.

Song La, a Taiwanese street food truck, secured a new location in south Austin at the Thicket Food Park and will reopen at this location in November. Song La’s last day at University Co-op Food Court will be Oct. 24.