Notes from the Opponent: Iowa State 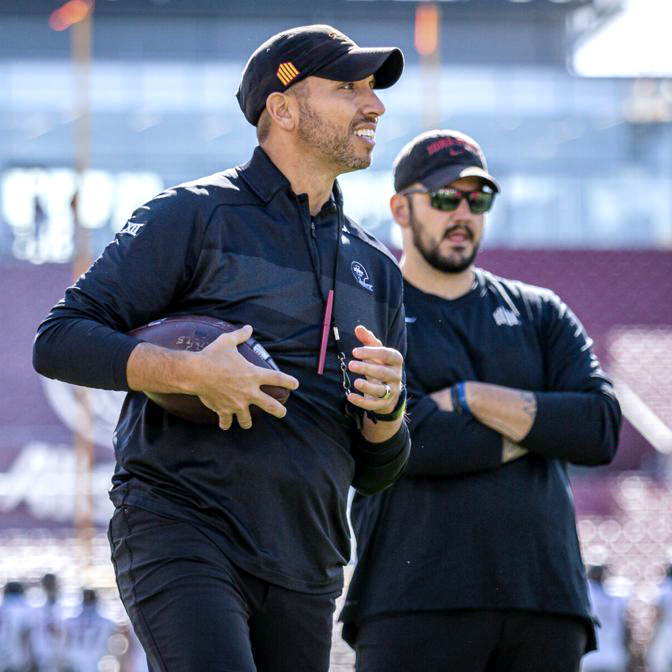 The Daily Texan spoke with Matt Belinson, sports editor at the Iowa State Daily, ahead of Texas’ trip to Ames, Iowa, this weekend.

The Daily Texan: What has worked for head coach Matt Campbell against Texas in the past two years, and how does he hope to make it three wins in a row?

Matt Belinson: For the most part, in the (past) two years that (Iowa State has) played Texas, the explosiveness of the offense for Texas has been in relative check, and I think that has to be the main focus this week … if you’re Iowa State, you just have to keep doing what you’ve been doing against Texas.

DT: What do critics get wrong about senior quarterback Brock Purdy?

DT: Where does junior Breece Hall rank among the best running backs in the country?

MB: One thing that stands out about Breece, and it’s similar to what makes Bijan (Robinson) special, is his ability to cut in the open field, find those holes and stay very patient. I wouldn’t say he’s an explosive runner just in terms of speed … but Breece has a different toughness … I think he has to be at least a top-three running back in the country just based on the last few years.

DT: Why is Iowa State such a tough, late-season matchup for any team?

MB: At Iowa State, it’s never going to be, ‘We can just walk into a season with our talent and we’ll win games.’ This is a team and a program that, (as) the season goes on, they know how to play with each other, they know what their strengths are, and I think as long as Matt Campbell is here, and as long as the Big 12 powers … stay where they are, I don’t see that changing.

DT: What’s the home-field advantage like in Ames, Iowa?

MB: Every home game this year has been a sellout at Jack Trice (Stadium). Sixty thousand-plus (fans) and I expect it to be that way on Saturday … I’m sure Iowa State fans are more than willing to let Texas and its fans know how disappointed they were with the perceived disrespect in the Texas-Oklahoma decision to leave for the SEC, so I’m sure the crowd will be rowdy pretty much from the opening kick to the end of the game.

DT: What are your predictions for the game?