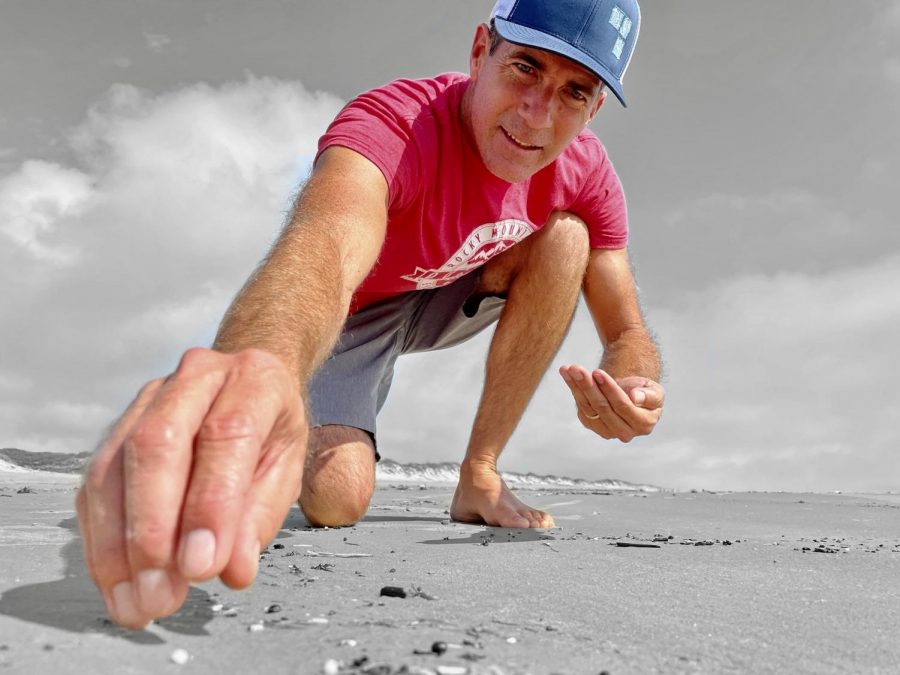 The program, which started in 2018, has collected 1,625,813 nurdles, the raw material for plastic manufacturing, from Texas shorelines. Now, the program is collaborating with the University of Veracruz to expand nurdle collection efforts in Mexico. Nurdle Patrol founder Jace Tunnell said nurdles can clog the intestine tracks of animals that accidentally eat them.

“The biggest threat (from nurdles) is to wildlife,” Tunnell, reserve director at the marine science institute said. “There’s been plenty of research over the last 30 years that has looked at different species of shorebirds, turtles and fish that eat these plastic pellets … and they absorb harmful chemicals whenever they’re floating around in the environment.”

Tunnell said the website shows the amount of nurdles collected in different areas through color-coded dots based on concentration.

“If you look down in Mexico, there’s hardly any nurdles that have been collected and not as many surveys have been done, so there’s these big areas that we just don’t have information on, and without having that information it’s hard to make any change,” Tunnell said.

The program plans to host the third annual Plastic Pollution Symposium in Veracruz in 2022 along with the Mission-Aransas Reserve and the Marine Science Institute, Tunnell said.

“We wanted there to be a location where all the researchers could come together once a year, talk about the research they’re doing, where we can collaborate,” Tunnell said.

“I think there’s still a lot to be learned as to what is the full impact of plastics and the particles in the environment,” Raabe said. “It’s good to see those types of situations be cleaned up and remediated so they don’t pose harm to people in the area of the ecosystem.”

Zhanfei Liu, an associate professor of marine science, said the ultimate goal of the nurdle patrol program is to inform policymakers of what changes need to be made to current policies to help the wildlife by the shorelines.

“If we can find some players or some responsible party involved, hopefully we can make a policy so we can eliminate or at least reduce the nurdles in the environment or on the coast,” Liu said.