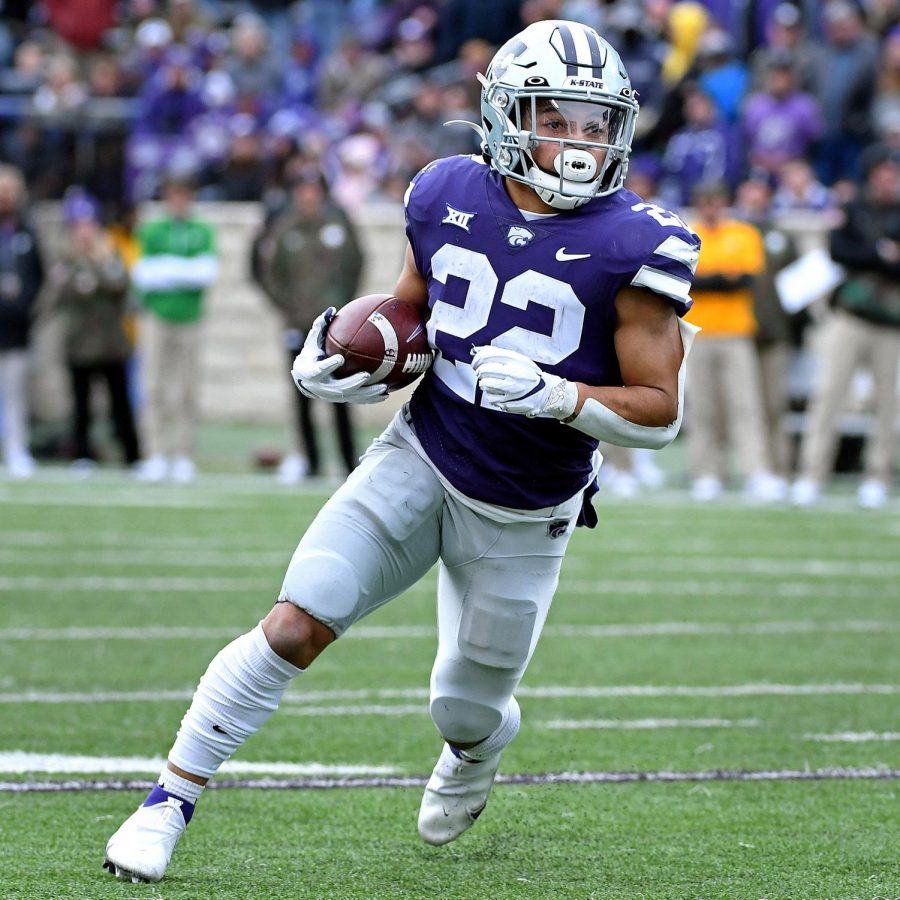 Although the Longhorns are no longer eligible for a bowl game, they have a chance to end their underwhelming season with a win. But to end the season on a high note, the Longhorns will have to keep their eyes on four Kansas State Wildcats who could pose a threat to one last Texas win this season.

Senior quarterback Skylar Thompson was carted off the field on Saturday with an apparent left leg injury. There is no word yet on whether Thompson will be available to face the Longhorns on Friday, but if healthy, Texas will have to go up against one of Kansas State’s best quarterbacks in school history. No quarterback in Wildcat history has started more games than Thompson and no quarterback has won more games as a starter than Thompson has. The senior led the Wildcats to a 41-48 upset over the then-ranked No. 7 Oklahoma Sooners, a defining moment in Thompson’s career. He’s played fairly well this season, throwing for 1,854 yards with a 68.8% completion rate. The Wildcats sit at a respectable 4–4 position in conference play and most of their wins can be attributed to Thompson’s ability to connect with receivers downfield. The Longhorns will need to quickly prevent Thompson from finding his receivers if they wish to win for the first time since early October.

Sophomore running back and Round Rock product Deuce Vaughn currently leads the Wildcats in rushing yards with 1,115 yards on the season. Vaughn was recently named one of 10 semifinalists for the Doak Walker Award, an annual award given to the nation’s best running back. Other semifinalists for the trophy include Texas’ own Bijan Robinson and Michigan State’s Kenneth Walker III. Vaughn has 1,115 rushing yards and 464 receiving yards to his name on the season, and is the only player in the country to have at least 1,000 yards and 400 yards in both categories. Vaughn has proved himself to be a real offensive threat on the field in the same way Robinson has posed himself as a threat to Texas’ opponents.

Junior linebacker Daniel Green leads his team in tackles with 72 total on the season. Green is currently on a streak, sacking an opposing quarterback at least once in the past two weeks. Even though the Wildcats lost 20-10 against Baylor last Saturday, Green had a season-high nine tackles. The Oregon product has been on an upward trajectory since he began his career at Kansas State. Green had 17 solo tackles in 2019 and 28 solo tackles in 2020. He has already surpassed last season’s number of solo tackles, clocking in with 55 solo tackles in the 2021 season so far. The 6-foot-3-inch, 233-pound linebacker continues to adjust and improve each game, making him immensely dangerous to the Texas offense.

Senior defensive back and Louisville transfer Russ Yeast is Kansas State’s leader in interceptions, totaling three so far on the season. The former Cardinal is the son of legendary Kentucky wide receiver Craig Yeast, who set the SEC record in 1998 for most career receptions with 208. But the 5-foot-10-inch defensive back has been making a name for himself all along. During his career at Louisville, Yeast broke up passes against Notre Dame, Florida State and Syracuse. As a Wildcat, he’s produced interceptions against Stanford, West Virginia and Texas Tech this season. Yeast is currently tied for most interceptions in the Big 12 with Texas’ own B.J. Foster and Oklahoma’s Delarrin Turner-Yell, among others.