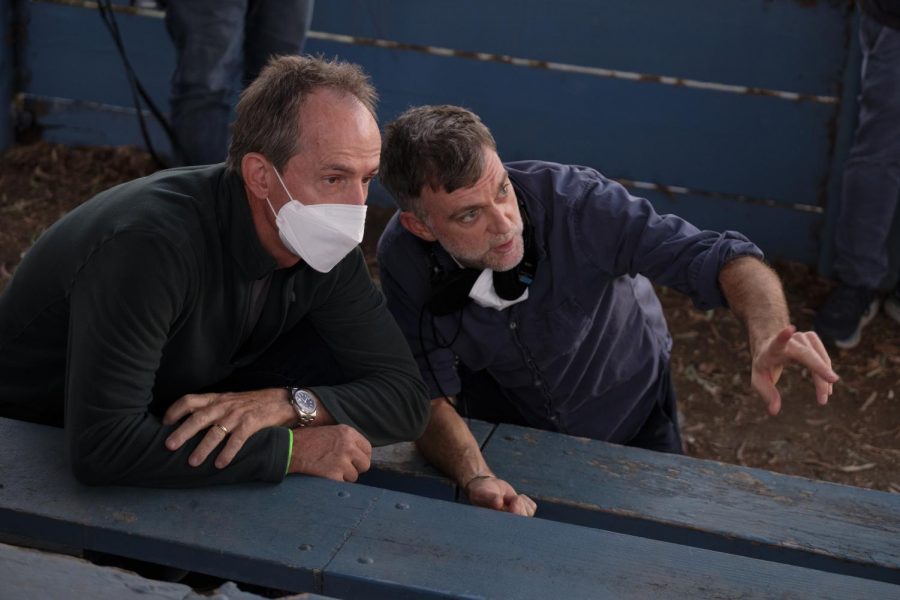 Paul Thomas Anderson on the set of “Licorice Pizza.”

The Daily Texan attended a college roundtable with the iconic director in which he discussed several elements of his newest project.

The Daily Texan: With so many potential projects to pursue, why was “Licorice Pizza” the one you chose to direct and take to the finish line?

Paul Thomas Anderson: You could list off all these reasons why, but you would never really quite put your finger on it. It really is just surrendering yourself to what’s inevitable in front of you — a feeling of unquenchable thirst or something. You think, “There’s no way I’m not doing this. Even if we can only get $5, we’re still making this movie.” Once you have that feeling, you know you’re powerless. It’s what your life is going to be.

The Tech: I’m curious what you thought about releasing this film in the pandemic, and what you hope for the future of film post-pandemic?

PTA: Normally, everybody at the movie studio likes to think they know everything and tell you what should happen. The great thing is (now) they are all looking at what it means to make a film and release it (today) and throwing their hands up and saying, “We have no idea what to do!” There’s room to do things differently. … We’re trying very old-fashioned techniques in terms of getting the movie out there. Making it go slowly, trying to raise people’s awareness over a long period of time rather than what seems to happen recently with films, (where) they get carpet-bombed into existence and then forgotten about within two days. We’re used to consuming things so rapidly. To stop and give audiences a chance to breathe, or at least present the film more respectably, gives respect to an audience.

Julian Stern, Chicago Maroon: What specific details were most important to you in re-creating the time period and location?

PTA: It probably happens in the actors. … No one’s wearing makeup because that would be unrealistic. The San Fernando Valley is incredibly hot. You would only wear makeup maybe at night or to go to a job interview. So the authenticity of how the actors look is probably more important than anything else. Costumes have a lot to do with it.

Aqib Rasheed, The Loyola Phoenix: When you’re filming a scene, do you know what song is going to be playing?

A majority of it is figured out beforehand in the writing process, certainly for the major sequences. The David Bowie song was always planned to be there, the Paul McCartney song too. … Now, that (still) leaves open possibilities for discovery in the editing room. Perhaps you have a choice of two or three songs and you are not quite sure which will work until you really see it, until you try it up against the picture. … You have to be open to these possibilities, but the majority of it is planned beforehand. This helps determine camera movements, cutting, storytelling, shot selection and all that.

Kirsten Coachman, Art U News: Is there something special about being the director of two debut performances from your lead actors?

I know what it’s like as an audience member. You see somebody on the screen that you’ve never seen before. Maybe they did one thing, and they come on and do something glorious and larger. It’s a thrilling feeling, so imagine that as the director of the movie. I built the whole thing on this premise that they can do it, and they did it. It gives you “proud papa” feelings.

Vincent Tran, The Daily Californian: What’s something that you’ve taken away from the making of the film?

PTA: (When) I started working with HAIM, we never had any money. We never had any time. We just did what we could with what we had. We had a similar situation for this film. We were really using all of our friends and all our family to make the film. So, if anything, it verified this belief that you don’t need much more than the desire and a handful friends and a handful of your family (to) make a great film.