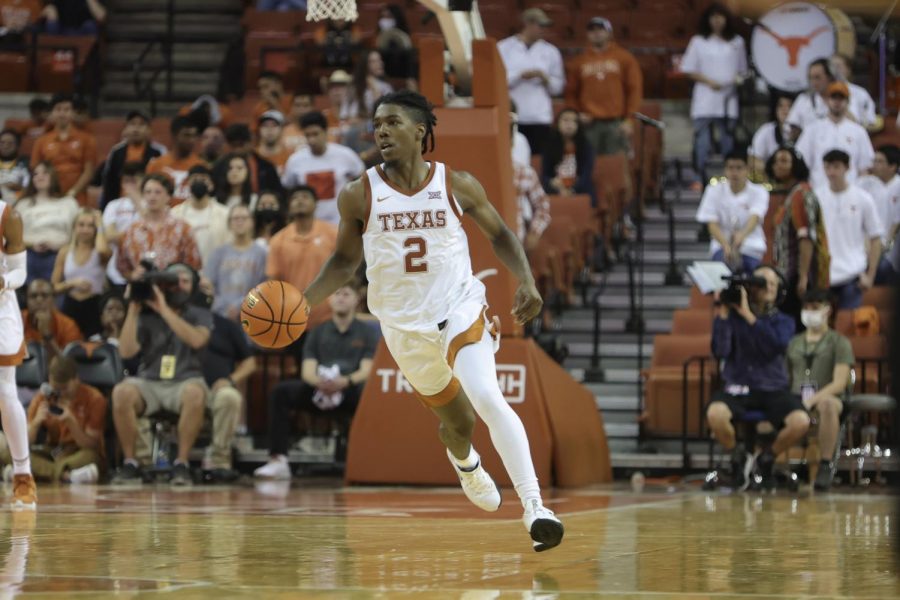 No. 17 Texas kicked off its arduous conference schedule on New Year’s Day with a 74-59 rout of the West Virginia Mountaineers.

The Longhorns came into the game leading the nation in scoring defense with just 51.3 points allowed per game. On Saturday, they played with an intensity deserving of the title.

Texas head coach Chris Beard set up a deep full-court press right out of the gates and kept it going for the entire game. West Virginia was able to push through and score fairly well through most of the first half, but once the fatigue from Beard’s high-octane defense set in, the differences in roster depth and talent blew the game wide open.

By the end of the first half, the Longhorns had forced 12 turnovers and held a commanding 39-20 lead. They would go on to lead by as much as 28 in the second half.

“They’re really talented,” Huggins said. “They just did a great job in the portal. … They’ve got great size, a lot of depth … they have a bunch of guys who were the leading scorers (at their schools) and for the most part the leading scorers in the leagues they were in.”

Senior guard Marcus Carr, who some touted as the top recruit in the portal coming into this season, proved Huggins right. He finished the game with a season-high 20 points, two assists and two steals.

Beard has thus far elected to spread out playing time broadly across most of his roster, leaving former stars like Carr and senior forward Timmy Allen playing facilitative roles instead of having breakout performances. However, performances like this from Carr show that a transition in playstyle hasn’t stymied any of Texas’ latent talent.

For those who have been waiting in anticipation for this new era of Texas basketball to unfold, this game can be viewed as a microcosm of the Longhorns’ improvement from last year.

When these teams faced each other last year, it was always a nail-biter. In their first game, Texas was able to sneak out of Morgantown, West Virginia with a two-point win off of a last-second three from then-junior guard Andrew Jones. When they met again in Austin, the Mountaineers won by two points off the back of a disastrous fouling spree by Texas.

This time, the competition wasn’t even close. Texas commanded the flow of the game and forced West Virginia to play outside of their comfort zone. They were poised on defense, productive on offense and made few mistakes on either side of the ball.

The win does come with somewhat of a shadow cast over it: The Mountaineers came into the Erwin Center shorthanded after three players were sidelined due to COVID-19 protocols.

Without their top scorer Taz Sherman, a senior guard averaging 20.9 points per game, and senior forward Gabe Osabuohien, a defensive leader for his team, West Virginia struggled to gain any traction against the Longhorns.

Huggins was somewhat dispirited after the game, acknowledging that Sherman and Osabuohien’s absence was an important factor in their loss. He also expressed dissatisfaction with COVID-19 protocol and its unclear administration.

“I don’t think I have any clue what’s going on,” Huggins said. “It’s not done on my level, man. It’s done on the conference level with either the athletic directors or the presidents. … Guys on my level don’t get a vote.”