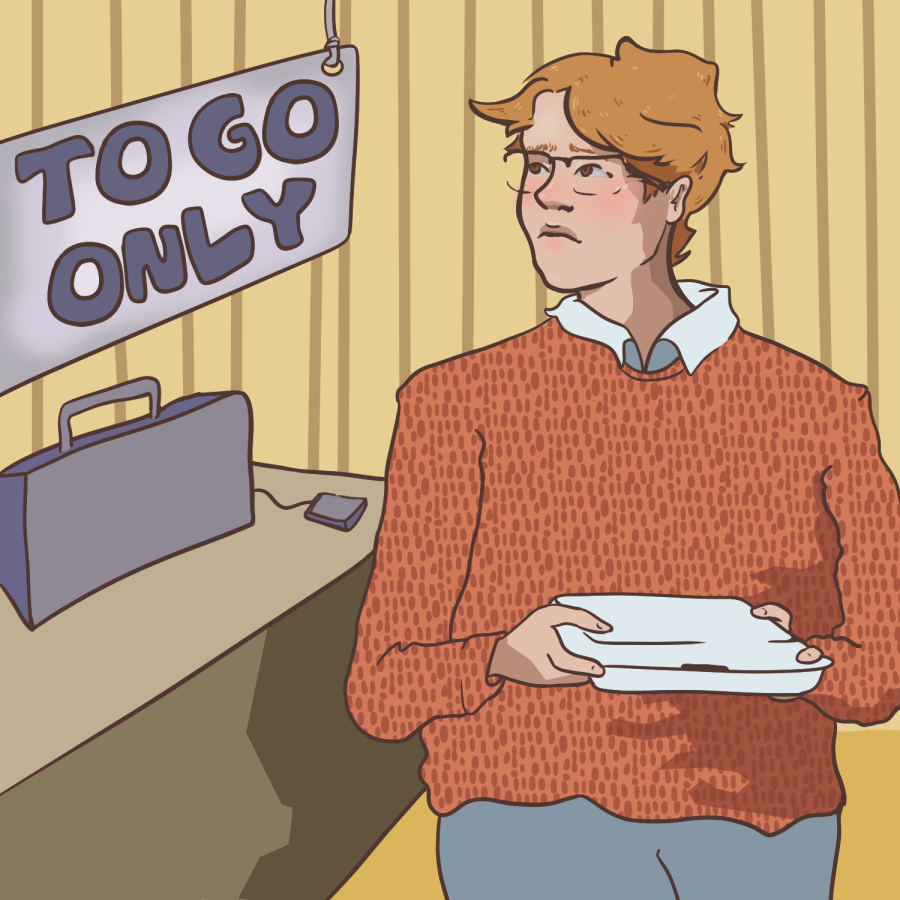 For the first two weeks of the semester, campus dining halls will be takeout-only to reduce the spread of COVID-19, according to a Jan. 7 email from University Housing and Dining.

The dining hall seating areas are closed and plan to reopen Jan. 31, according to the email. UHD decided on a takeout-only option because it was quick to implement and followed President Jay Hartzell’s Jan. 4 message that called for reduced gatherings amid an increase in COVID-19 cases, said Josue Rodriguez, assistant director of marketing and communications for UHD. Rodriguez said reopening will depend on the University’s response to the COVID-19 situation at the end of January.

Students can fill their takeout boxes at different stations in the dining halls, Rodriguez said, and there are also some pre-packaged side options for students’ convenience. He said he thinks students will appreciate the takeout-only option due to the COVID-19 concerns of gathering in large groups.

“We wanted to make sure that we gave (students) an option that they could still come into our facilities, but still feel safe as they’re doing so,” Rodriguez said.

Mathematics freshman Azhar Virani said it was a good decision to have takeout only since the dining halls were often crowded last semester.

“Usually the dining halls are pretty packed,” Virani said. “It’s a good option to have takeout and not have everyone eat (together).”

Virani said that while he sees benefits of the takeout-only option, such as reducing the spread of COVID-19, it could be a hassle for students who don’t live as close to a dining hall.

“The to-go box is pretty tiny,” Virani said. “If you want more food, you’re going to have to go back. It’s inconvenient because you won’t be at the dining hall.”

In addition to the closed seating areas, the Eco2Go program, which allowed students to take food out of the dining halls in reusable to-go boxes for a fee, was suspended until Jan. 31.

“We don’t have enough Eco2Go containers to give to our students,” Rodriguez said. “We have an inventory of single-use containers (and) … we decided on that just to make sure that we could accommodate everyone’s needs.”

Aerospace engineering freshman Raina Tankus said she was happy with the takeout-only decision and the suspension of the Eco2Go program because offering free to-go boxes is convenient and eliminates food waste.

“I honestly don’t care where I eat,” Tankus said. “As long as I get food and I don’t have to pay extra for it.”