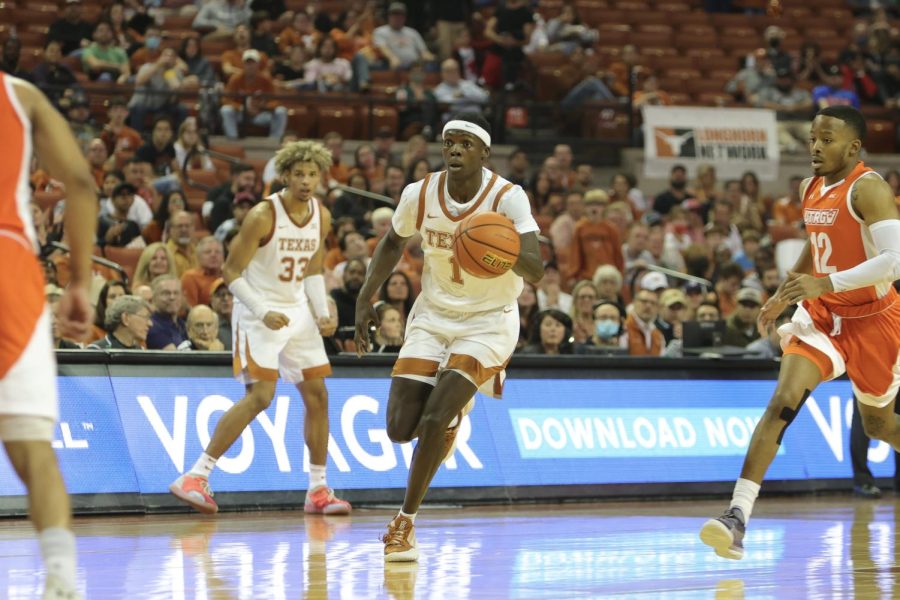 Since Texas men’s basketball has played 17 of its 35 regular season games, the Daily Texan decided to take a look at where the team stands in terms of preseason expectations and where head coach Chris Beard’s team goes from here.

Even though the Longhorns are 13-4 this season, things have not gone exactly according to plan. Texas began the season as the No. 2 team in the Big 12 preseason rankings, right between Kansas and Baylor and began the season as No. 5 in the nation but has slowly fallen as the season has unfolded. The latest AP poll ranked Texas at No. 23.

One of the biggest factors contributing to the narrative of Texas skirting expectations is the Longhorns’ 1-4 record on the road. Texas’ only road win came against a depleted Kansas State team in Manhattan.

The Longhorns are also still on the hunt for a win over a ranked team, with notable losses at the hands of No. 2 Gonzaga, No. 15 Iowa State and No. 20 Seton Hall. But there is still plenty of basketball to be played. The regular season does not end until March, and Texas still has a solid chance at playing in the postseason.

As March inches closer, the Longhorns must figure out how to win in tough environments on the road. Arenas such as Kansas’ Allen Fieldhouse are famous for their rowdy student sections that heavily affect games. Clutching wins in those environments requires making smarter decisions in crunch time and limiting an opponent’s ability to capitalize on errors. As of now, mistakes that have cost Texas wins have been magnified on the road.

A major key to getting more road wins is minimizing turnovers. In the loss against Iowa State, Texas turned the ball over 20 times. Turnovers give opponents more possessions to work on offense and more chances to score. While Texas has consistently forced turnovers on its opponents at home, the same success has not been repeated on the road. The Longhorns aim to win it all in the postseason, but that won’t be possible unless they can win at places other than Frank Erwin Center.

A notably tough stretch for Texas basketball looms in February. Beard will make his return to Lubbock and Texas Tech on Feb. 1. The team then hosts No. 15 Iowa State and No. 7 Kansas. The Longhorns will also face reigning national champions Baylor for the first time this season.

Tournament season looms in March with the Big 12 tournament beginning on March 9 and the NCAA Tournament following shortly after. Texas will look to defend its first ever Big 12 Tournament title from 2021 while trying to avoid another first-round exit from the NCAA Tournament. Texas is revving up for the toughest part of the season in the weeks ahead, and Beard and his roster have their work cut out for them. There is still a lot of pressure on Texas, but there is also plenty of time for the Longhorns to still reach their goals.