Breaking down the upcoming Texas vs. TCU matchup with TCU360’s Colin Post 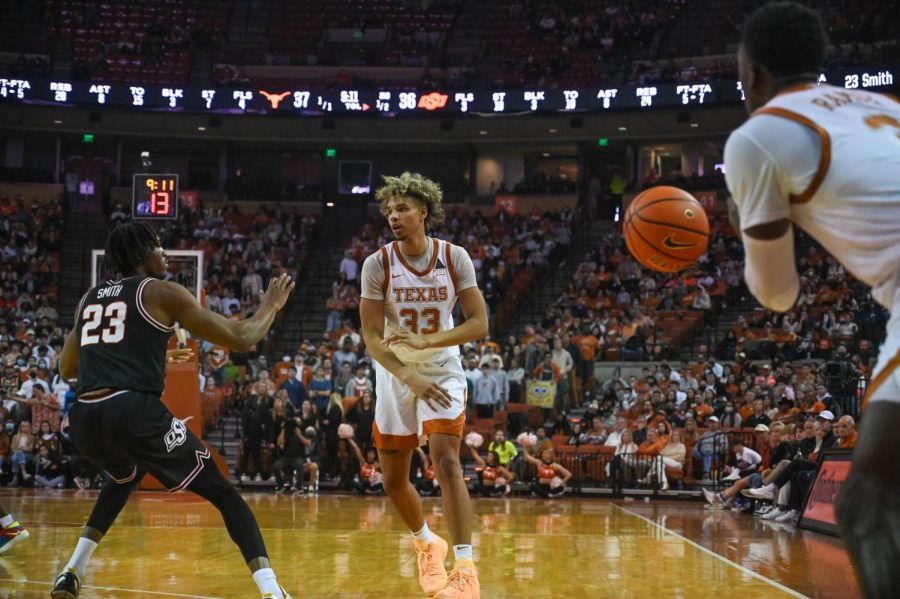 The Daily Texan spoke with TCU360 sports editor Colin Post to preview the Jan. 25 matchup between TCU and Texas men’s basketball in Fort Worth.

The Daily Texan: Could you give a rundown of TCU’s season so far? It’s also worth noting that TCU has eight transfers while Texas has seven.

Colin Post: Coming into the season, (TCU) had two guys who played serious minutes returning in Mike Miles and Francisco Farabello. Farabello had missed most of last season with an injury, so it was really Miles (who) was coming back as a real rotation guy. TCU’s non-conference (schedule) was really weak, but it felt like TCU was able to get a lot of chemistry going. TCU’s defense has really stepped up, and that was something that I think allowed them to hang with Baylor for a half.

(Miles) is definitely the best player on the squad, but TCU has become a lot more well-rounded since that Baylor loss. We’ve seen guys like Texas Tech transfer Micah Peavy, Memphis transfer Damion Baugh, Texas A&M transfer Emanuel Miller and even Eddie Lampkin Jr., who was a bench guy, really step (up) and have big moments down the stretch. (These players have) allowed TCU to have that 3-2 record in Big 12 play in two really close games and blow out a ranked Iowa State team last weekend.

DT: Back to Tuesday’s game. Are there any specific Texas players that you will be watching for that might pose a threat to TCU?

CP: I think that the best player at Texas is Marcus Carr, (but) I don’t think he’s found his rhythm yet. Because of Baugh and Peavy, I don’t think (TCU) will have a problem containing Carr. I think what will be interesting … is the weak big man play.

Tre Mitchell and Christian Bishop are really talented guys. We saw Bishop average double-digits at Creighton, but he’s been hot and cold in Big 12 play. I’ll be really interested in seeing if these two guys can get going because TCU’s bigs are pretty good, (specifically) Xavier Cork, Lampkin Jr., as well as Souleymane Doumbia. But they’re really young and immature when it comes to their ability to guard in the post. Texas does have the advantage there, but it will just be up to which Tre Mitchell and which Christian Bishop we get. I think that will be to the X-factor for Texas.

DT: KenPom’s College Basketball Ratings give Texas a 52% chance to win over TCU while ESPN gives Texas a 56% chance of winning. This could be a tight game, so what are your predictions?

CP: When talking about defense, these two teams are really close. So I don’t think either team will top 60 points. I think it’ll be pretty low-scoring. I think that with home-court advantage (for TCU) and the lack of offensive identity that Texas has, (the Longhorns won’t) be able to get as many buckets as they’ll need. TCU is really starting to find that offensive identity as a team without even having shot the ball well once this season. So, I’m going to go with TCU winning this one. But I think it should be close, something like TCU 57, Texas 50.