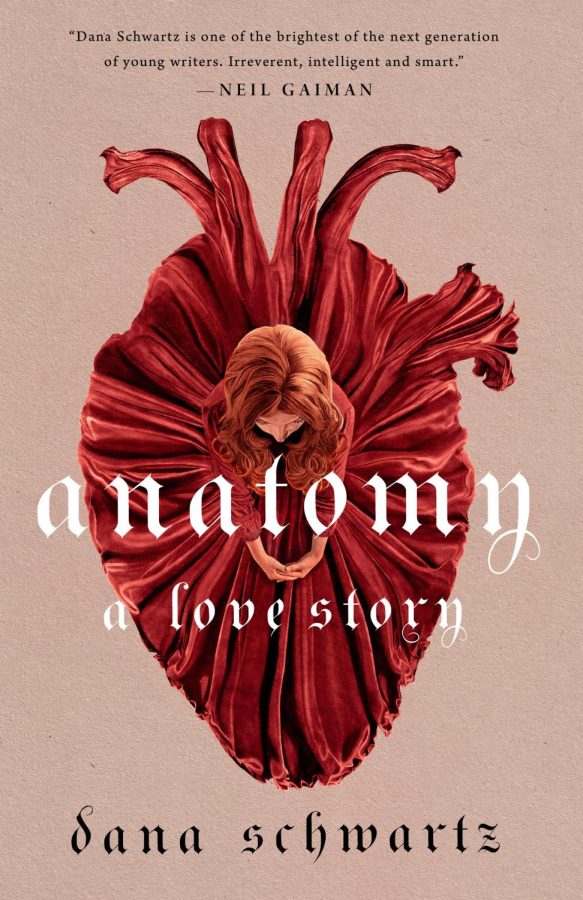 “Anatomy: A Love Story” by Dana Schwartz, published on Jan. 18, puts a fresh spin on a romance story, mixing the love-filled storyline with thrilling and gruesome settings. The plot focuses on Hazel, a Jo March-like character, who wishes to become a surgeon but can’t due to gender restrictions of the time period. Though others expect her to marry and give up on her “silly” dream, her determination to study medicine introduces her to resurrection man Jack Currer, who digs up bodies from graveyards to sell to doctors.

Disguised as a man, Hazel enrolls in medical school. After others discover her true identity, she gets kicked out but negotiates a deal with her professor: if she can pass the medical examination with her own studying, he will allow her and future women to study in his classes. After meeting Jack, Hazel convinces him to sell her dead bodies to dissect and study. As she follows along on his resurrection trips, their illicit affair transforms into a budding romance.

Through dual perspective narration, Schwartz gives romance readers what they want  —  to see each character fall for the other. Jack’s sweetness and Hazel’s cheekiness combine together to create fun banter amid the chaos of dead bodies, graveyards and dissections.

Hazel’s stubborn and brazen nature makes her an easy character for audiences to root for. Many romance novels tend to focus solely the developing relationship, casting aside the protagonists’ goals. However, Schwartz follows through in keeping Hazel true to her innate fiery self while still maturing as a character and pursuing her ambitions of becoming a surgeon.

The last third of the book, quick and spastic in comparison to the slow burn of the previous pages, throws off the pacing. Though the beginning brings compelling scenes, the end feels disconnected and, at times, deviates from the genre entirely. It reads as though Schwartz wanted to throw in a random, unnecessary subplot, despite the already overarching conflict and unanswered questions surrounding whether or not Hazel’s studying will pay off.

Despite the slightly disappointing, somewhat unfinished end, the dark and eerie “graveyard romance” story and strong female lead combine to make “Anatomy: A Love Story” worth the read.