As evidenced against Oklahoma State, key to victory lie with Texas’ defense 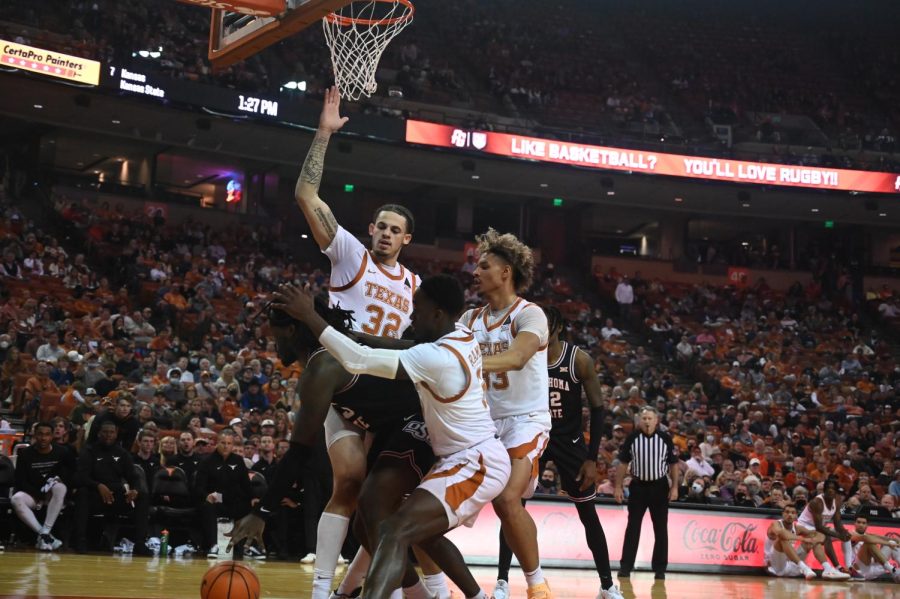 In half a season, Chris Beard’s Texas squad is already one of the best defensive teams in the country. The head coach has made his defense the linchpin of his program, leaving his team’s chances of victory — or defeat — in its hands.

So far, 60 points has been the threshold of victory for the Texas defense, or at least a pretty good barometer. When the Longhorns hold an opponent under 60 points, Texas is a perfect 14-0. When they give up 60 points or more, they’re a winless 0-5.

A 60-point limit would be incredibly restrictive for most teams; only 16 teams in the country have defenses that average under 60 points allowed. But the Longhorns are allowing just 54.9 points per game, which leads the country.

This is true for one-time matchups as well as the two-week rematches seen in conference play with Kansas State and Oklahoma State.

After handily beating Kansas State on the road in early January, Texas lost to the Wildcats at home in a 66-65 upset last Tuesday. Texas lost 64-56 when the Longhorns traveled to Stillwater, Oklahoma to face Oklahoma State on Jan. 8, yet they beat the Cowboys at the Frank Erwin Center Saturday 56-51.

The difference? Basketball programs, teams, their individual games and the processes tying that progression together are much more complex than a 60-point rule. But the indication that Texas needs a strong defensive showing to win at all has, so far, seemingly been confirmed.

Part of the reason Texas needs a strong defense to win games is its conference. The Big 12 houses many of the best teams in the country, including the reigning national champion No. 4 Baylor, No. 5 Kansas, No. 13 Texas Tech and No. 23 Iowa State.

“Iowa State may have the best defense in the league in some ways. Kansas always has one of the top defenses, period. It’s hard to score 70 against a (Kansas head coach) Bill Self team,” Beard said on Jan. 17. “Defense is our identity, our mentality, as it is with every other program in this league.”

Texas’ recruiting spree also, ironically, shifted more responsibility onto the defense. While Beard attracted a wealth of offensive and defensive talent, players had to give up ball-dominant playstyles in favor of a more team-based philosophy.

Senior guard Marcus Carr averaged 19.4 points and 4.9 assists per game last season at Minnesota compared to 11 points and 3.4 assists this season. He’s still a leader on the Longhorns, but he has to share the ball more with a brand new team.

Oklahoma State head coach Mike Boynton Jr. acknowledged some of the difficulties the Longhorns and other teams faced from the 2021 NCAA transfer portal rule-change that made rapidly-assembled teams a quick reality this season.

“People on the outside have no idea how hard it is to get all of it put together,” Boynton said after the game Saturday. “Everybody’s got to sacrifice a little bit and it’s part of the process and they’re figuring it out.”

The final reason that Texas relies heavily on its defense is that uncharacteristic offensive issues, like high turnovers, have plagued the Longhorns in recent conference games. Beard said his team will have to push through difficult nights in order to play well in the Big 12.

“We’ve worked hard on it. I think tonight again we (learned) some great lessons,” Beard said after the game Saturday. “As the season continues you have different situations you have to get through if you want to win six games in three weekends. So tonight to win the game, somehow with another high turnover game, I think it’s a positive.”