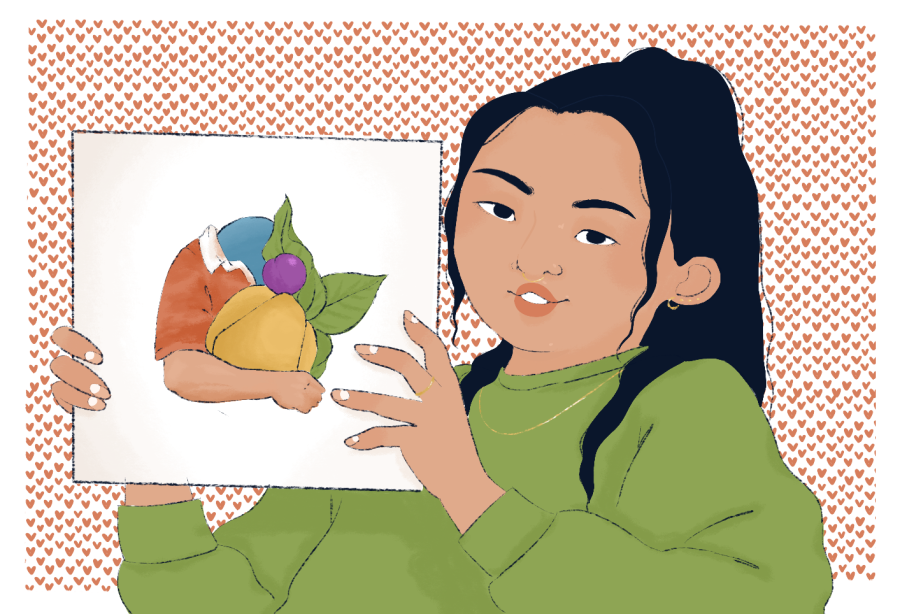 Drawn out by a record player’s needle, the final notes of a song meet the open air, lingering just slightly past its end. Tilting her head toward the noise, Jessica Dunlap said she always listens for that distinct sound she loves — something a little like the last embers of a dying fire.

When she listens to her favorite album, the Rolling Stones’ Let It Bleed, on vinyl, Dunlap said she sees fleeting images pass through her mind, slideshows of nameless faces frozen in time with the music. By the album’s end, Dunlap said she always settles on a single mental picture: a couple mid-proposal.

“The albums I listened to belonged to somebody else and were a part of their lives, their childhood, growing up, falling in love,” the music studies freshman said. “(And) maybe that’s a romantic idea, but I really like that.”

Physical media sales, including CDs, cassettes and vinyls, skyrocketed in 2021 following big releases from artists like Taylor Swift, Adele and BTS, indicating that like Dunlap, many have grown to prefer physical mediums to digital streaming. While CD sales increased for the first time since 2004, Dunlap’s personal favorite, vinyl, made an even greater comeback with purchases reaching a peak not seen since the 1990s.

“There’s something really intimate about hearing it exactly the way the artist intended,” Dunlap said. “I love streaming services, but they’re not as personal as vinyls.”

While at her local record store back home in Dallas, Dunlap said she always makes a point of picking up one random vinyl. The tangible discovery creates a connection that goes beyond simply surfing a music app’s latest release radar.

“I try to buy only used records. That’s partly an environmental thing, partly a broke college kid thing,” Dunlap said. “There’s this little crackle sound with used records which means they’ve been very well loved. I find that cool because there’s a history to the vinyl.”

For many, CDs offer a different appeal — exclusive artist content. After buying his first K-pop album in 2020, public health freshman Aman Noorani said he began collecting the physical copies for the fun of unboxing them.

“It feels like a Christmas present,” Noorani said, “K-pop albums (have) a photo card or two and random stuff that you can have. It (has) more quantity. It feels more satisfying to have than a little plastic case or CD (alone).”

Noorani displays his shelf of albums proudly in his dorm. For him, the album’s aesthetics paired with the treasured items inside surpass the streaming experience.

“I could be on my phone or watching TV,” Noorani said. “I look over and just seeing (the album collection), I’m like, ‘Yeah, this makes me happy.’”

After seeing the revival of vinyl on the internet, journalism freshman Ava Motes said she and her younger brother couldn’t wait to buy a record player. After collecting hand-me-down albums from older family members, they created a bond despite their varied music tastes.

“There’s more of an exchange enabled by physical copies of music as opposed to just downloading something on Spotify,” Motes said. “We could physically put it on and experience it together.”

While she can’t carry her record player everywhere, Motes said putting on a record, instead of pressing play on Spotify, enhances the activity of listening. It becomes sentimental.

“It’s like when you put on your favorite song for someone but on another level,” Motes said. “I think anyway that you share music is going to be personal and a good way to connect with people, but there’s just something that makes (records) a little more special.”