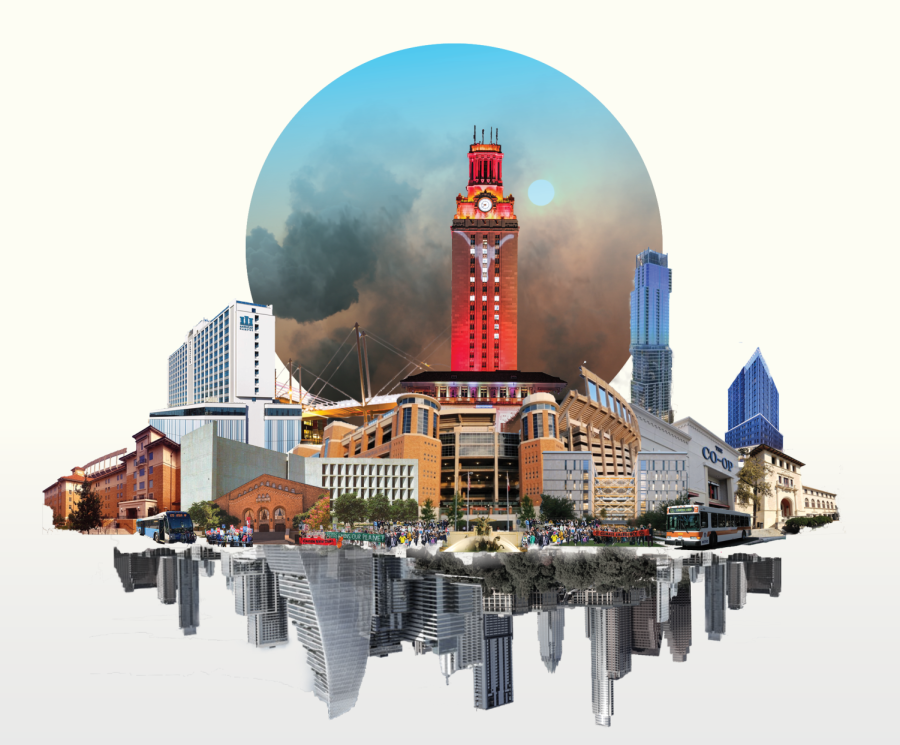 In January, the fall 2020 editorial board wrote a piece called “These issues are nothing new.” They discussed professor sexual misconduct, transparency issues, and the disregard of Black student demands.

One year later, almost nothing has changed.

“The Eyes of Texas” remains our school song — it’s sung at every football game, emblazoned on each class ring and plays from the tower every night. Despite its racist origins, the University is set on clinging to tradition over inclusion. Black student voices have been repeatedly neglected by administration and alumni, even as they voice their discomfort. UT has once again shown its unwillingness to make simple changes to support students of color. The song shouldn’t have even been worth an argument, let alone the million dollar cost of an unnecessary consultant and the time it took to put together an insubstantial report.

Sahotra Sarkar is still on the spring 2022 course schedule, despite being found in violation of Title IX policy. He was suspended as a faculty member for only one semester, and in the spring will teach two philosophy courses, PHL 325M and PHL 363L.

Coleman Hutchison will teach two English courses, E 349S and E 377K, despite having violated UT’s sexual misconduct policy, consensual relationship policy and conduct policy. While he was prohibited from supervising graduate students alone for two years and excluded from consideration for professorship or administrative positions, Hutchison is still allowed to teach honors and upper-division courses.

Kevin Dalby is scheduled to teach PHM 181R in spring 2022, after having violated UT’s sexual misconduct policy in 2019. Although he was banned from supervising graduate students alone until fall 2021, he was recently awarded new research grants, and is slated to continue his career in an upward trajectory.

Allowing professors with allegations to teach is a slap in the face to survivors, protestors and advocates — not to mention a safety risk for students. UT has made this mistake before: In 2013, the University allowed Phil Nemy to keep his job as the UT Los Angeles executive director, even after violating sexual misconduct and sexual harrassment policies. UT eventually fired him, but not before students filed four more complaints of misconduct. By allowing similar situations to occur once again, UT is staying complicit and enabling potential future abuse.

Sexual misconduct among students and student organizations continues to persist at UT. In the last few weeks, allegations against the Tejas Club and the lack of timely response from its leaders have been at the forefront of student conversations. Again, student activists and survivors have borne the brunt of demanding accountability, while the University stands by. UT must commit to taking swift action against organizations and individuals who violate Title IX.

It’s hard to look forward to the close of another semester when it feels so little has changed. But it shouldn’t be this way.

UT administration: It is your responsibility to create a safe and comfortable environment for your student body — a student body that has repeatedly called on you to do better.

We need more transparency surrounding decision making at an executive level. We need you to prioritize Black student voices and listen to their requests to reckon with the racist history of this school and remove “The Eyes of Texas.” We need you to hold student organizations accountable for their actions. We need every professor found in violation of sexual misconduct policy to be fired immideately.

Change is long overdue. What are you waiting for?