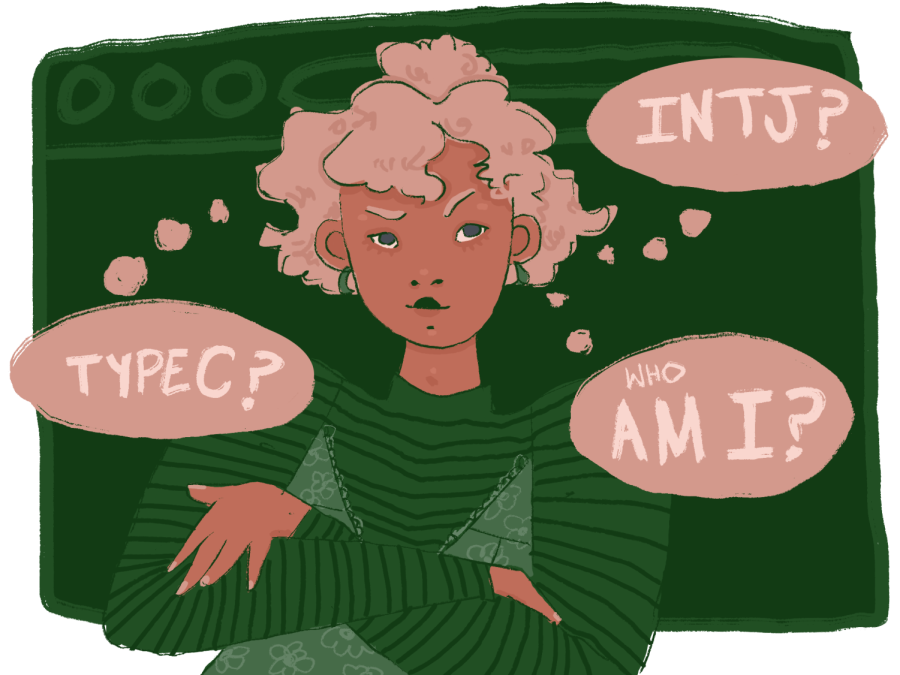 Free online personality quizzes entice users interested in self-inquiry and exploration, promising to explain what type of cheese best represents their character or which time period their mindset belongs in. Young adults, hungrier than ever to categorize their personalities, flock to these online platforms like bees to honey.

“Who wouldn’t want to know their Hogwarts house … or what ‘New Girl’ character you’re most likely to resemble?” said Justin Phan, a psychology and sociology senior.

Navigating hundreds of majors, new friendships and sometimes even a new city, college students often find themselves in a tailspin trying to understand their changing or evolving identities. Personality quizzes — including the Myers-Briggs Type Indicator — offer young adults struggling to interpret their identity some solace, presenting them with personality types to adopt and a new way of communicating their mentalities.

Nahye Kim, an international relations and global studies sophomore, said when she first received her four-letter identification from the Myers-Briggs test, she found its accuracy shocking.

“My (personality type) is ISTJ,” Kim said. “I’m pretty introverted, and I really like to plan everything. I think more than I feel. ISTJ is the type of person who thinks a lot, and who wants to follow strict rules and be on time. They have to do the right thing.“

Kim, an international student from South Korea, said almost all young adults in her home country know their MBTI type and discuss their personalities to build friendships. Therefore, Kim ensures that all of her closest friends and family members take the quiz so she can understand their communication styles.

Esha Ashar, a speech, language and hearing sciences sophomore, said she enjoys analyzing both romantic and platonic relationships through attachment style quizzes, which seek to explain how one’s childhood can impact how they perceive relationships later in life. However, after comparing attachment style results with a friend, Ashar said she realized that personality quizzes can overgeneralize experiences.

“I noticed my attachment style was the same as one of my friends who has a completely different family dynamic than I do,” Ashar said. “People should take personality quizzes with a grain of salt. They are going to be general because you can’t be exactly like everyone else, but they’re trying to give you some type of insight on who you could possibly be.”

Despite some generalizations, Ashar said online tests can still be a source of harmless fun for people navigating their identities.

“It’s fun to categorize yourself and have this little state of belonging by meeting other people who have similar tendencies,” Ashar said. “It gives you a community immediately.”