Chris Beard returns to Lubbock with ire of fans, city upon him 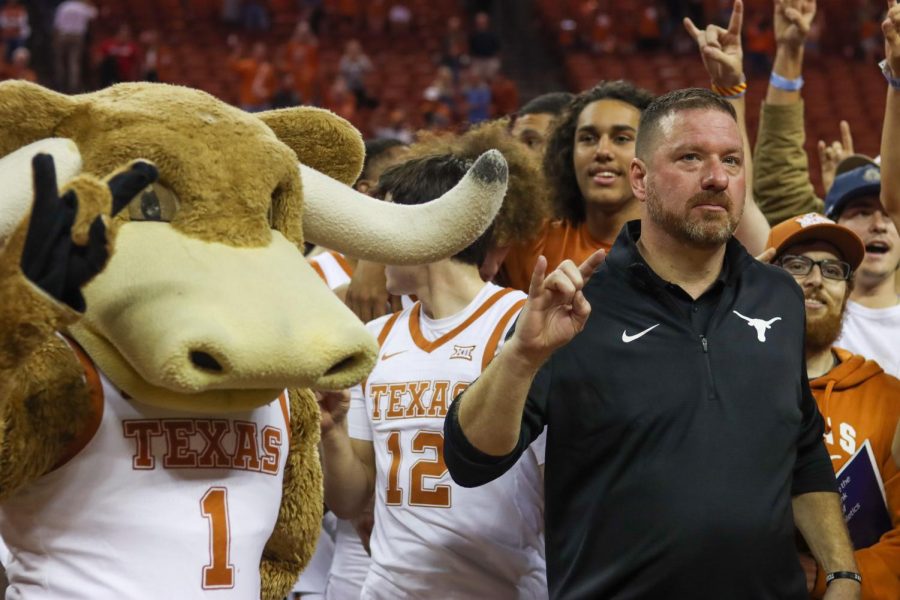 On Jan. 18, the Texas Tech home crowd was on their feet as the Red Raiders held a commanding lead over Iowa State. The atmosphere in the sellout stadium was electric, growing more intense by the minute. The Lubbock fans responded to every basket and blocked shot with a deafening roar.

But the moment that blew the roof off the place wasn’t a high-flying dunk or a deep 3-pointer. It was when the score for the Kansas State vs. Texas game was announced during a short break.

Texas Tech and Texas have a long history of heated competition, but the fervor behind this year’s rivalry is stronger than usual. On Tuesday, the Longhorns are expected to walk into United Supermarkets Arena facing what could be the most hostile crowd of the season. The reason? Texas’ new coaching hire, Chris Beard.

Beard spent 15 years coaching the Red Raiders before taking his current position at his alma mater. He served his first 10 years as an assistant coach at Tech under the tutelage of coaching legend Bob Knight before leaving briefly to explore several head coaching options. When he returned five years later as head coach, he was welcomed with open arms by the Tech faithful.

Just as he’s done at Texas, Beard was quick to assimilate himself with the student body in Lubbock. He grew year-over-year attendance by thousands almost every year and backed up his promises with stellar performances. During his tenure, Tech became the first Texas university to reach the NCAA basketball national championship since Houston’s “Phi Slama Jama” squad in 1983.

“I was there 15 years, and I gave it everything I had,” Beard said. “I didn’t take one day off, mentally or physically. I think our success together is real. It’s well documented.”

Yet Beard will enter the United Supermarkets Arena with the ire of the Red Raider fan base focused strictly toward him. Not toward a multi-sport rivalry that predates FM radio or a major conference game against a ranked opponent, but toward a formerly beloved head coach.

Texas Tech donor Lee Lewis told the Dallas Morning News that Beard was a big factor in transforming Lubbock into a basketball town. When he left, Lee said fans felt betrayed that he abandoned the program — for conference rival Texas — after rallying the community around it.

Just last Saturday against Tennessee, Beard witnessed the opposite scenario unfold. Under Beard’s quest to “unite the Texas family,” fans at the Frank Erwin Center welcomed back former Texas basketball coach Rick Barnes with a raucous ovation. Texas players sported “thank you coach Barnes” shirts during warm up, and a video tribute played on the jumbotron before the game.

But Barnes departed Texas on different terms, being fired after a long career that included 16 trips to the NCAA Tournament and a Final Four appearance. He was followed by Shaka Smart, who failed to live up to expectations after six seasons and posted just a 109-86 record with zero NCAA Tournament wins.

“Chris did so much for this community, for this program,” Texas Tech athletic director Kirby Hocutt said on Jan. 18. “Had he gone to any other university, he’d be celebrated. But there’s just certain things you cannot do, and one of them is you can’t leave Texas Tech for Texas.”

Despite the breakup, Beard had nothing but good things to say about the Red Raiders. He praised senior forward Bryson Williams as an inevitable NBA talent, wished his former assistant Mark Adams, now the Texas Tech head coach, the best of luck and said he has nothing but respect and love for the fan base and faculty.

That said, Beard understands why the fans who once loved him are now lining up — some are even camping outside the stadium — to send their resentment his way.

“Change happens in life, in sports,” Beard said. “I worked really hard there (and have) no regrets at all. I chose to come back to my alma mater and try this challenge. All of us have the right to make choices, and that’s what (I) did.”