Houston, we have a problem: “Moonfall” fails with tonally inconsistent space epic 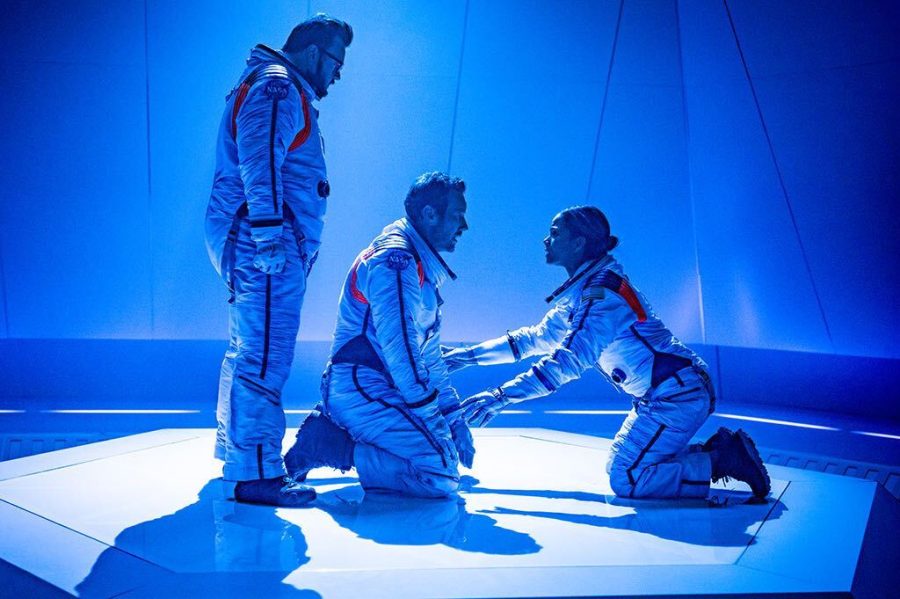 At a runtime of two hours, “Moonfall” packs a lot of storyline into a seemingly never-ending, high-budget narrative. Not even the magnificent talent at the forefront of the film can uphold its horrendously written script and cringe-inducing dialogue. The film dishes out clichés around every corner, with characters serving as walking, talking plot mechanics. Painstakingly paper-thin interactions with the younger cast invoke a constant stream of eye rolls.

The storyline doesn’t uphold the impressiveness of the extraordinary special effects work, but moments of insane destruction depicted in a grand-scale result in several jaw-dropping sequences. The space moments, in particular, are a sight to behold, echoing other successful space adventures such as “Gravity.”

As the film reaches its chaotic climax, the visual destruction reaches a terrifying high. Unfortunately, certain editing and narrative choices undercut the tension that comes from these moments of horror. Cutting from a sequence where a tidal wave takes down an entire city to a low-stakes scene where Halle Berry’s character walks around an office completely deflates any tension or sense of danger.

Despite having an impressive track record of effective performances, Patrick Wilson seems to be sleeping through the role of Brian Harper. None of his emotional moments ring true, and Wilson retains a mundane personality and physical performance throughout the film. Halle Berry tries to infuse a sense of intensity and determination in the role of Jocinda Fowl, but the absurdity of the plot doesn’t match the tone of her performance. John Bradley seems to be the only one giving it his all on this project, infusing lovely charm and comedic moments throughout the film.

If “Moonfall” decided on its true tone and stuck to either a grounded science fiction film or a comedic end-of-the-world romp, it could’ve succeeded as a visually stunning blockbuster experience. Unfortunately, with a screenplay that feels auto-generated by an obnoxious budget and a leading cast of uninspired performances, “Moonfall” would be better off left in orbit.