Marcus Carr’s clutch 3-pointer is game changer in No. 23 Texas’ win over No. 20 Iowa State 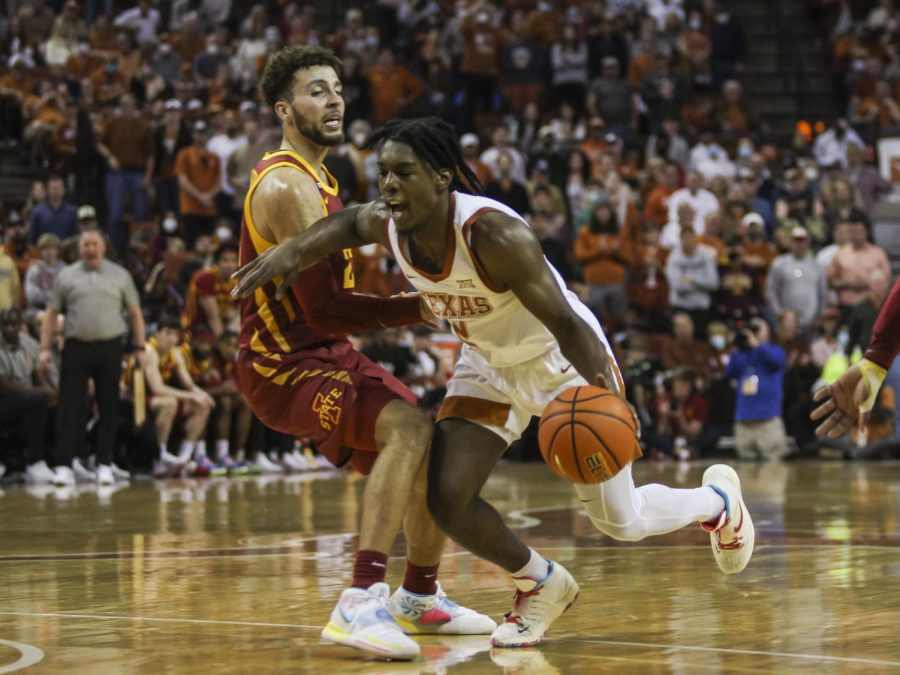 With a second left in the first half, Texas senior guard Marcus Carr had one opportunity to take the lead. The Longhorns were down 23-22, and the No. 1 transfer in the country swished a 3-point shot to take Texas up 25-23. Carr’s 3-pointer at the end of the half turned the tides for Texas, who stormed back in a 63-41 win over No. 20 Iowa State.

T.J. Otzelberger, Iowa State head coach, said Carr’s 3-point shot was the catalyst for the change in the game.

“(Carr’s shot) certainly got (Texas) going,” Otzelberger said. “I do think it had a big psychological effect right before (the) half. It gave them confidence.”

“(Texas) wanted to make (Brockington) work for everything,” Otzelberger said. “It didn’t work as well in Ames, (but) it worked really well here.”

“You know Texas is going to be tough to beat when Marcus Carr scores,” Texas head coach Chris Beard said.

Carr finished the afternoon with 14 points, eight assists and one steal.

With Carr’s help, Texas settled into its identity of turning defense into offense. The Longhorns netted 24 points off of Cyclones’ turnovers. Iowa State only gained two points off of Texas’ turnovers and matched its conference-high of 18 turnovers.

“Being aggressive, that’s our identity,” Texas senior guard Andrew Jones said. “Sometimes we have lapses in that, being a new team, but we can learn to be more consistent.”

With the regular season ending in exactly one month, every game is an opportunity for Texas to grow and develop its identity as a team. The Longhorns’ next game will be Monday when No. 10 Kansas visits the Frank Erwin Center.