UT must discontinue its contracts with Nike 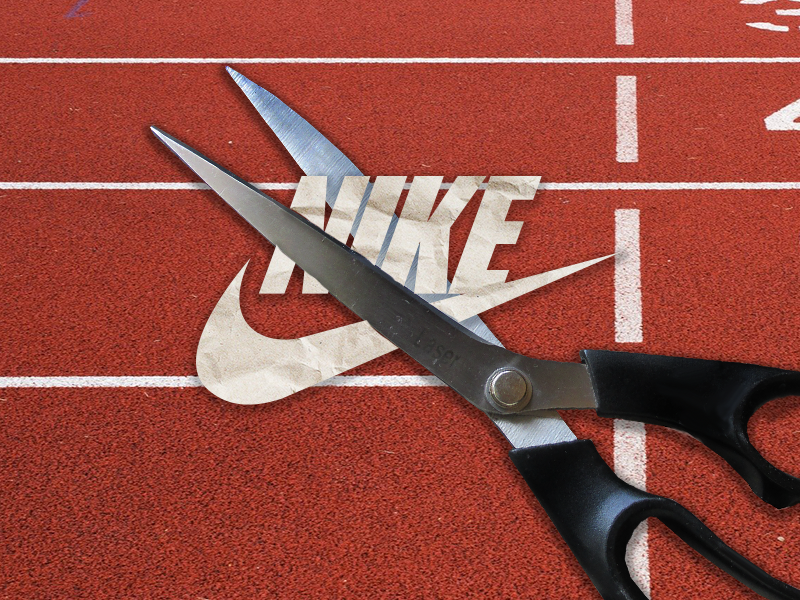 Editor’s Note: This article first appeared as part of the February 15 flipbook.

Nike is a multibillion dollar shoe and apparel company. While many know Nike for its iconic swoosh emblem and the multitude of athletes that represent the brand, it’s easy to forget how the brand’s clothing is made or the conditions in which it is manufactured.

Although Nike is a household name in sports, the company is equally famous for being on the receiving end of numerous allegations that relate to violating the rights of its employees across the globe. Specifically, the company has been accused of utilizing forced labor practices, condoning the abuse of employees, providing inhumane working conditions and exploiting children.

The University sells troves of clothing and other apparel distributed by Nike. In fact, past reports from the Texas Tribune claim the University inked a 15-year, $250 million “record-breaking” deal with the company.

Nike is a publicly traded company at the mercy of profit-hungry shareholders, so UT should have a heightened concern regarding the morality of companies with whom it does business. Since it has failed to take action in the past, the University must take a stand against Nike’s reported human rights violations by discontinuing its current contracts with the company.

These allegations span as far back as the 1990s.

If the University performed any form of due diligence prior to signing a deal with Nike, it would have likely discovered the appalling activities the company has purportedly engaged in.

After reaching out to various departments at the University, many either declined to comment, denied a request for an interview or did not respond at all. Entities at the University opting to remain silent on these reports of violations and abuses involving their business partners is disgraceful.

While it is difficult to conclusively determine whether or not the $250 million contract was a financially profitable deal for the University, it’s safe to say that its willingness to continue transacting with Nike makes UT seem morally bankrupt.

There are human beings who are being exploited for Nike’s benefit and who may have  produced the merchandise the University puts on students’ backs. While it’s understandable that the University is concerned about its finances and getting the best deal, its business with Nike transcends profit.

This is a human rights issue.

Every dollar the University spends with Nike acts as a financial seal of approval in support of the injustices the company has potentially been engaged in for decades.

The University can’t change its past partnership decisions. However, UT can likely choose to cease business with Nike in the future, yet it hasn’t. Even if it were difficult for the University to terminate its contract, human rights abuse allegations should take precedence over money.

One of UT’s core values is responsibility. The value’s attached description states, “to serve as a catalyst for positive change in Texas and beyond.”

If the University can’t live up to its own set of values, how can students be expected to live by them when they leave the Forty Acres?

Similarly, if the University that advertises “What starts here changes the world,” took a stand against Nike by finding a new ethical apparel and athletic wear provider, UT could finally live up to its own standards and effectuate positive change in Texas and beyond.