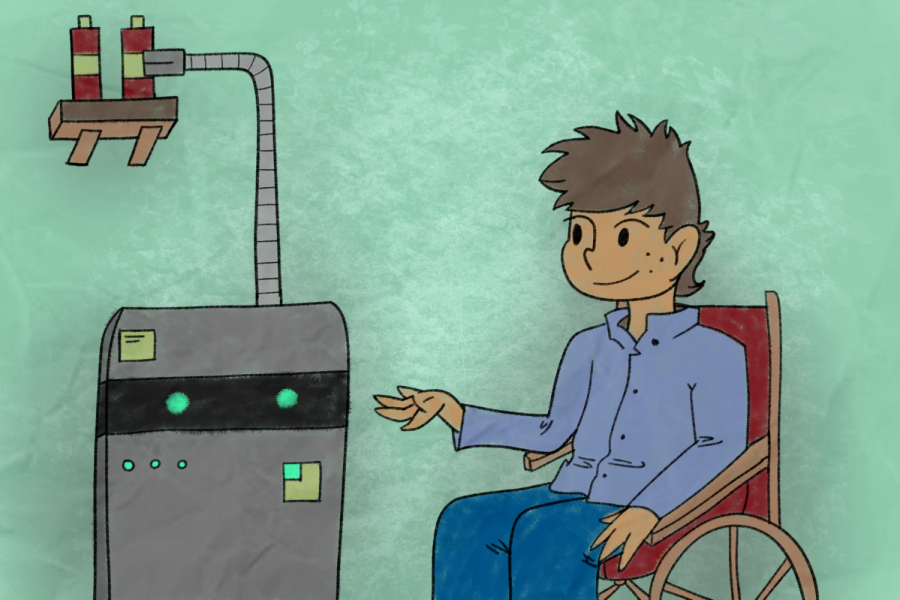 UT researchers collaborated with a university in Switzerland to develop a brain-computer interface that allows people with disabilities to control robots that aid them with physical tasks through brain signaling.

A brain-computer interface allows a person to send signals directly from the brain to the computer. Researchers on the project, who worked with researchers at École Polytechnique Fédérale de Lausanne in Switzerland, demonstrated the technology on a person wearing a cap that transfers signals to a robot, researcher José Millán said. Millán said the signals are translated into data that the robot can interpret, enabling the robot to carry out a task the person may not be physically able to.

“If these individuals happen to be people with physical disabilities, it will be difficult for these people to communicate what they prefer and what they don’t prefer,” Millán said. “Instead, what we can do then is to analyze their brain signals … and we can use the signals now as a reward for certain kinds of machine learning algorithms to adapt the robot behavior to adapt better and better to our preferences.”

The researchers created an algorithm that allows the robot to learn an individual’s needs over time, said Aude Billard, a full professor at the École Polytechnique Fédérale de Lausanne. The robots can remember past situations to figure out what a user may want, Billard said.

“Let’s say you move faster or move slower,” Billard said, “Then the algorithm will find for you what’s called a control policy. It will find a way to change the gains of the motor.”

Millán said that although the team has successfully demonstrated the robot technology, he does not know how long it could take for it to become widely available.

“Another thing is how we can translate the results of the research to practical use, and that unfortunately is not something that the researchers can solve because in order for a person with physical disabilities … to benefit from these systems, we need to have a very strong healthcare system that will be paying for those kinds of assistive devices,” Millán said. “Because the person cannot pay for that by themselves.”

Millán said he hopes that brain-interface technology can still be utilized through hospitals or rehabilitation centers to benefit those with disabilities until the technology becomes more widely available within the healthcare system.

“Even if the technology comes down to a couple of thousands of dollars, this can be too much, especially for families with one of these persons with disabilities where they (are) facing, already, so many financial struggles; you cannot impose that on top,” Millán said. “There has to be mechanisms in order for healthcare systems to take over, and this is our responsibility to produce sufficient quality research to show that indeed, people can benefit from that.”