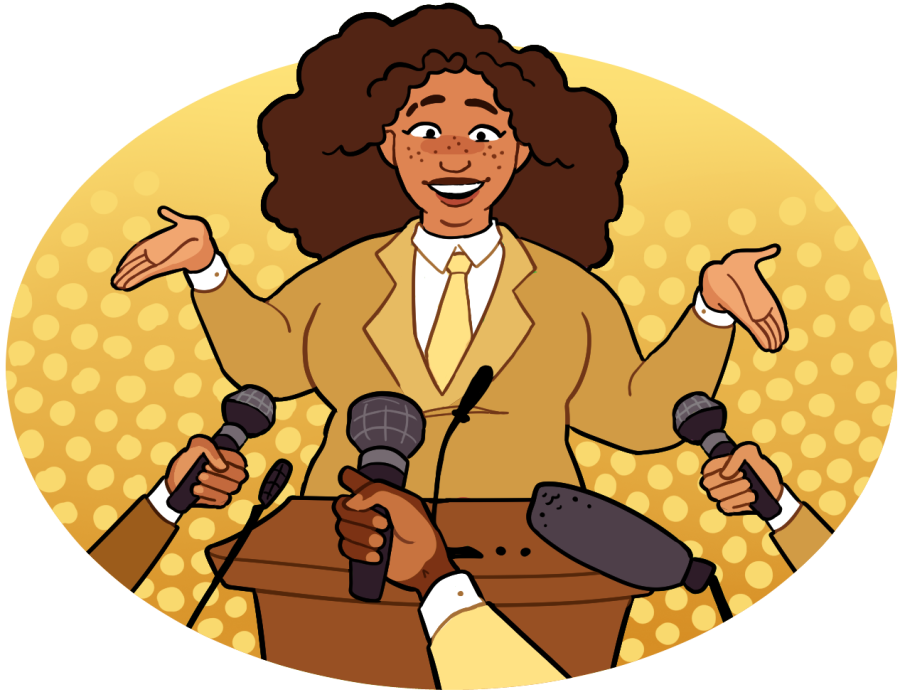 Seated in the dimly lit LBJ auditorium, Amy Kroll’s eyes beamed as Hillary Clinton strolled onto the stage just days after the 2018 midterm elections to receive a public service award and share her experiences as a woman in politics. With eyes glued to the glowing stage, Kroll began to imagine helping women launch political careers.

“Women were running for office in record numbers (in 2018),” Kroll, LBJ Women’s Campaign School founder and executive director, said. “But women were still only about a quarter of elected officials nationwide. … I saw that happening, and I (knew) we had an opportunity to take action.”

In 2020, after two years of organizing, Kroll welcomed the inaugural class of UT’s LBJ Women’s Campaign School — an eight-month program designed to give women the tools and training needed to campaign for public office. With eight graduates currently running in the Texas 2022 primaries, the program’s success in its first two years earned the support of valuable partners, including the Texas Woman’s University’s Center for Women in Politics and Public Policy. For the second year in a row, 50 accepted participants in the Campaign School’s third cohort will attend the program for free, thanks to an $87,500 grant from Texas Woman’s Center.

“There is a secession happening where women are leaving the workforce in record numbers,” Kroll said. “We know that finances can be a barrier for women entering the political arena, so these grants from TWU are able to knock down the socioeconomic barriers for women.”

Texas Woman’s University offered assistance to the Campaign School before its launch in 2020 but did not offer full tuition scholarships until the second cohort of students. Without the economic pressures, participants enjoy the flexibility to figure out which aspect of the campaign process they find appealing.

“Women need to be supported when they run,”  Dr. Jennifer Danley-Scott, Director for the Women in Politics Certificate Program at TWU said. “If the training helps women become effective as campaign managers or digital media advisers, that’s something we would consider a success.”

Stephanie Bazan, a participant in the second cohort of the Campaign School, said the scholarship made the program more accessible for her. After finishing the program in 2021, Bazan embarked on a campaign for Austin City Council as a representative of District 5.

“There are people coming from various avenues, and a lot of us are working,” Bazan said. “Being able to have help with paying for the program certainly can make somebody’s decision on whether or not they’re able to do it. … I’m a mom and I work full time, so I certainly appreciated it.”

For Bazan, meeting this group of women who discuss ideas and support one another bolstered her confidence in launching her city council campaign.

“The LBJ Women’s Campaign School not only teaches women how to run a successful campaign, but it inspires them and sets them up with a powerful network for life,” Bazan said. “Coming away with that group of women who were with me and lifting me up was one of the greatest things that I got (from the program).”