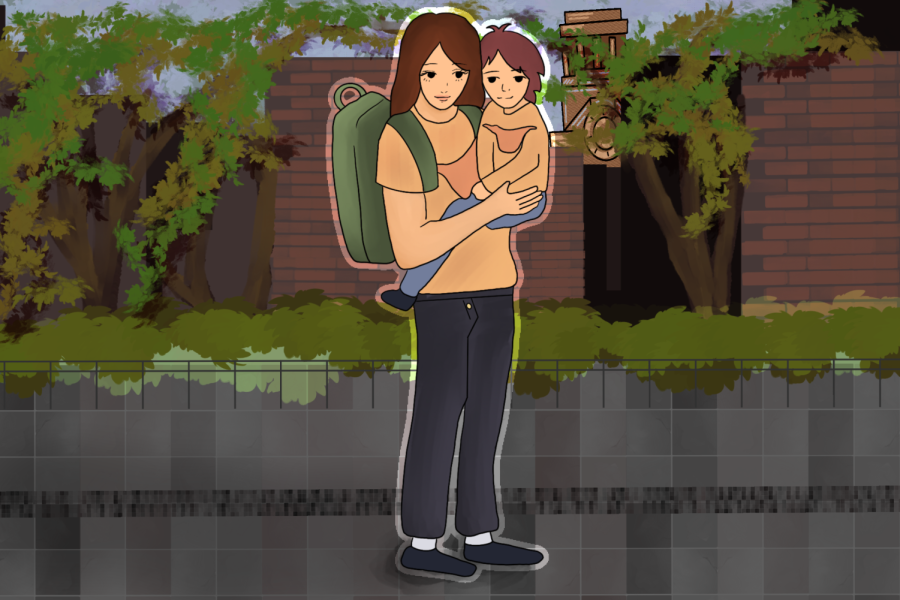 UT’s Student Parent Organization started a fundraiser on Feb. 10 in an effort to raise $2,500 for scholarships for student parents that can be used to help with groceries, doctor’s appointments, daycare and other needs.

“This is our very first scholarship fund,” said Jordan Greene, president of SPO. “It has been a dream of ours since the beginning, and just through anecdotal evidence, we’ve definitely found that financial support is the biggest way that we can help student parents … because a scholarship from a student parent organization can be used towards anything.”

The organization also released a petition on Feb. 9, with over 120 signatures at the time of publication, advocating for affordable daycare at UT and more welcoming spaces for students with children on campus. Psychology senior Greene said she believes UT can help student parents by making childcare more affordable and accessible.

“Even though childcare for students is subsidized, it’s still expensive, and it’s very hard to get into the CDC (Child Development Center),” Greene said. “There’s a two- to three-year waiting list. … It’s not UT’s fault, but Texas as a whole is in a childcare crisis, and it’s very hard to find affordable, quality childcare anywhere in the state. So when the Child Development Center is advertised as an option for us as students, but it isn’t as accessible as it might have been made out to be, it becomes very difficult for students to accommodate the need for childcare.”

The Child Development Center can cost between $800-1,220 monthly for parents depending on their household income and the age of their children, according to the center’s website. In addition, parents face an application fee and a deposit if accepted.

Maile Marriott, the graduate student representative in the SPO, said last semester the College of Natural Sciences dean told her she could not bring her child on campus after another employee complained about Marriott’s daughter being in the physics building. She said the situation was resolved when a petition was spread and the dean reversed their position and provided official permission.

“For a little bit, I thought I was just going to quit because we can’t afford childcare,” physics graduate student Marriott said. “I didn’t know how we were going to make it work, and it also just makes you feel like you’re not wanted. The way it came across was just very, ‘You want to be a parent? Well, too bad.’”

“Anecdotally, working with student-parent leaders on campus, we’re aware of some of their needs, but we’re really trying to hear from more and more student parents through things like the survey and focus groups,” Mayo said. “Once we can identify what it means to be a student parent at UT and what the challenges are, we certainly hope to find new ways to support those students.”