Looking Back: Top moments at The Drum 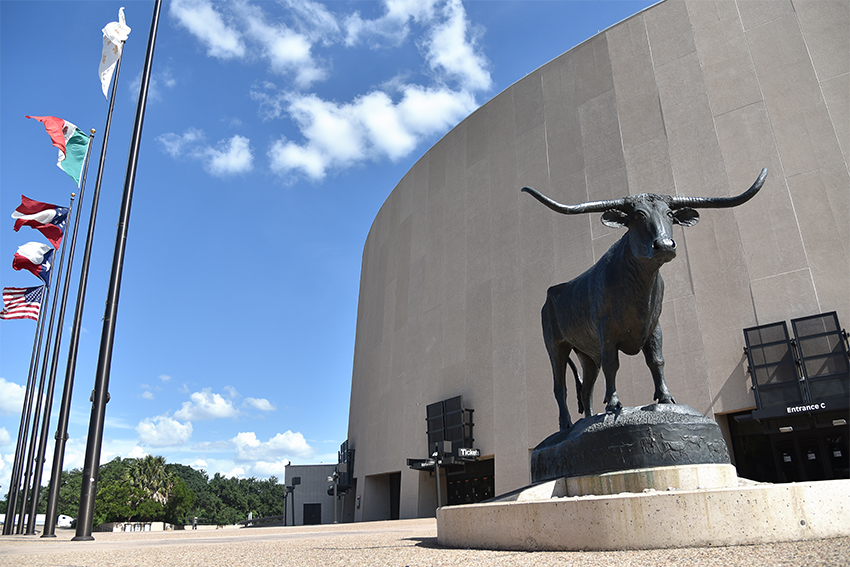 As Texas basketball plays its final games of the regular season, time is running out for the Frank Erwin Center.

The Erwin Center, often referred to as The Drum, has hosted crowds at Texas since 1977 and will host its final basketball games this week. The building will be demolished in order to make room for the Dell Medical Center expansion while the nearly completed Moody Center located across the street will replace the historic venue.

Here is a list of the top moments to occur at the Drum:

November 29th, 1977: Opening Day. The UT women’s basketball team broke in the arena with a win over Temple College. The men’s team followed up by beating Oklahoma later that night.

May 6th, 1978: Over 17,829 people packed the Drum to watch John Denver. This would be the largest crowd in the entire history of the Erwin Center.

January 22nd, 2003: Jody Conradt, legendary women’s basketball coach, won her 800th game as a collegiate head coach with a win over Texas Tech. Conradt would lead the Longhorns to the Final Four that year and finish her career with 900 wins, 783 of them at Texas.

September 20th, 2005: In his first visit to Austin, the 14th Dalai Lama, Tenzin Gyatso, spoke in front of 12,000 people at the Erwin Center. The next day, he spoke with students and presented the University with a bodhi tree.

February 28th, 2007: In his last home game as a Longhorn, Naismith Award-winner Kevin Durant scored 30 points and hauled in 16 rebounds in a double overtime win against Texas A&M. Durant broke the record for total points in a season with 903 and became the second overall pick in the NBA Draft later that year.

May 22nd-23rd, 2013: Paul McCartney visited Austin for the first time on his “Out There” tour. The former Beatles member performed on back-to-back nights and had the highest grossing event in the arena’s history.

The Drum has watched Austin grow and develop since its opening in 1977 — once a town with a little over 300,000 people, Austin has grown into a city with a population of just under 1,000,000, according to the 2020 census. With its scheduled demolition, a little bit of old Austin will go with it.