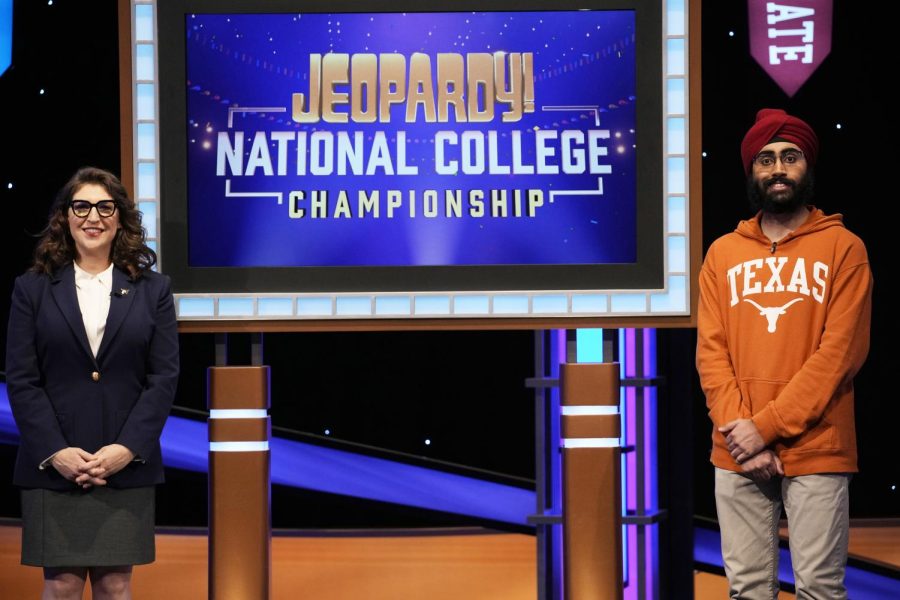 The Tower lit burnt orange Tuesday night to celebrate Jaskaran Singh’s victory in the “Jeopardy!” National College Championship, after he represented the University and took home the grand prize of $250,000.

“There’s been an amazing response from everyone at UT: alumni, staff and students,” Singh said. “It’s been crazy, like walking down the street, I get recognized two or three times every time I go out … it’s just amazing.”

The finale episode consisted of two “Jeopardy!” games. Singh entered the second game in the lead with $32,400. Singh then answered the final “Jeopardy!” question, “An 1873 book title gave us this phrase for the period in the late 1800s of growth & prosperity & also greed & corruption,” correctly with, “What is the Gilded Age?”

Singh said they recorded the show in advance, and while it wasn’t hard to keep secret that he won, it took time for the victory to set in.

“When I actually won it back in November when I taped it, it hadn’t really fully set in,” Singh said. “Then sometime in between that point and when it aired on Tuesday … I was like, ‘Oh my god, I won ‘Jeopardy!’’”