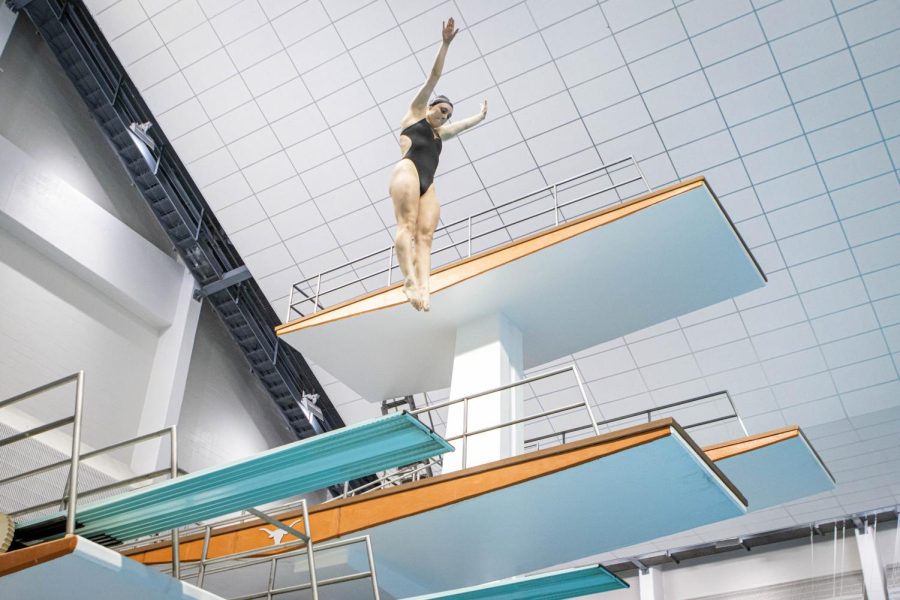 Texas’ diving teams made the trip up north to Madison, Wisconsin this week for the NCAA Zone D Diving Championships, which began on Monday and qualified six women and four men for the upcoming NCAA Championships.

The women took first place with 172 points with Wednesday’s conclusion of the event, and the men came in second to Texas A&M with 96 points.

The competition opened on Monday with six dives in the women’s 1m event. Texas came up just short as sophomore Bridget O’Neil and freshman Hailey Hernandez took second and third place, respectively. O’Neil finished the event with a score of 627.20, and Hernandez finished with 622.10 as Minnesota’s Sarah Bacon took first place with 688.25 points.

Later in the day, the men’s team didn’t fare much better in the 3m event. Sophomore Noah Duperre finished sixth, and freshman Manuel Borowski finished right behind in seventh.

The women’s 3m final took place on Tuesday, and the event unfolded similar to opening day. Senior Paola Pineda took second with 727.50, and Hailey Hernandez finished in third with 726.10.

Duperre closed out the second day of competition for the Longhorns in the 1m event with a score of 717.30, resulting in a fourth-place finish.

The final day of competition was all about the platform dive, as men and women from all over the nation looked to finish out strong.

Second place was Texas’ theme of the final day as junior Jordan Skilken completed her sixth dive in the platform event, bringing her to a total of 610.35. Skilken finished right on the heels of Texas A&M junior Alyssa Clairmont, who finished with a score of 611.50.

Finally, junior Andrew Harness closed out the day with his sixth dive in the platform event netting him 733.35 and second place, as Texas A&M freshman Allen Bottego finished first with 742.10.