Looking for a Longhorn to support at SXSW? Here’s a list of burnt orange connections 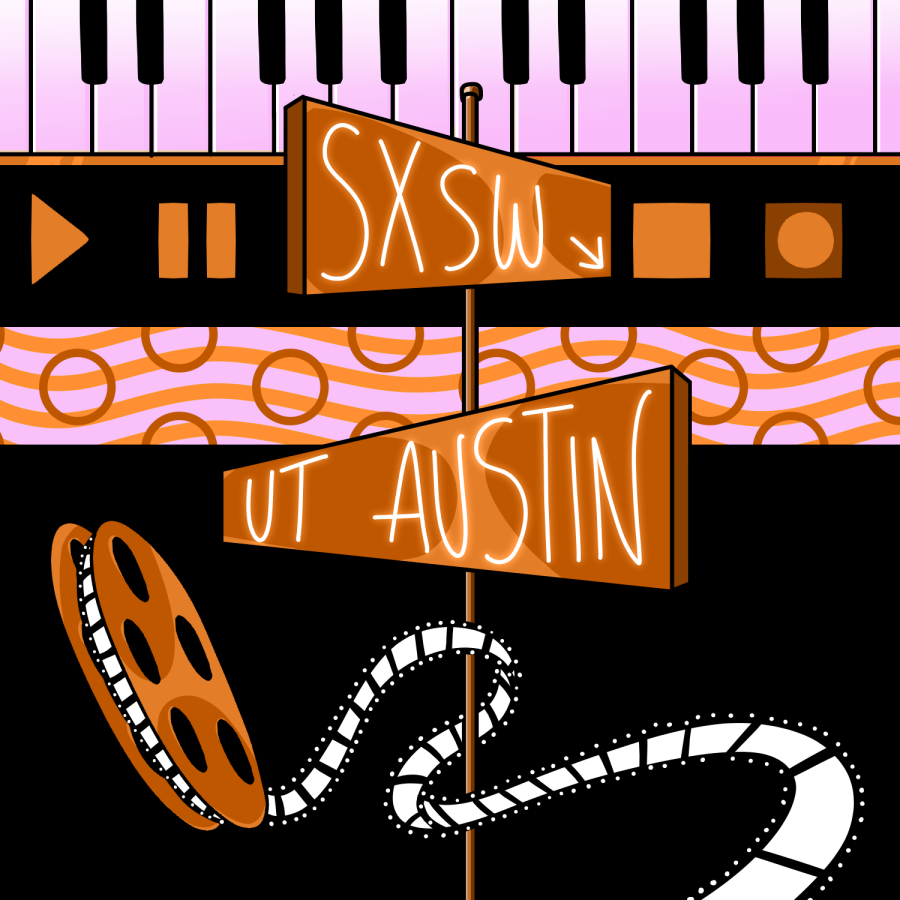 Showcasing her recent EP, The Punch, Joffe, a radio-television-film and Plan II senior, will take to the stage March 19. Joffe’s raw, emotional songs provide soothing lyrics for those dealing with heartbreak.
Art
Ja’nell Ajani — Jamel Shabazz & Peace to the Queen

Doctoral candidate in the American Studies Department Ajani’s curated exhibition showcases the work of African American photographer Jamel Shabazz, featuring candid portraits of women of color. Aimed to feature the personal beauty of the photographed subject, this “Peace to the Queen” exhibition will be at the Carver Museum and Cultural Center until Aug. 6.
Conference Sessions
Marissa Epstein and Claire Seigel — The Science of Eating for Your Menstrual Cycle

Highlighting menstrual cycles as empowering human processes, these nutrition experts will share tips on eating for healthier hormone levels and explain different phases of the cycle. This session will run at 11:30 a.m. on March 12 at Austin Marriott Downtown.

Drawing from her book “The Genetic Lottery,” UT psychology professor Harden will argue for the acknowledgement of genetic luck that leads to an unequal society. Harden will speak at the Austin Convention Center on March 11 at 4 p.m.

Honoring the one year anniversary of the 2021 Atlanta spa shootings, in which six of eight victims were women of Asian descent, this panel will share an important conversation on lived experiences and steps for moving forward. Featuring Hussaini, a UT alumna, the session will take place at Austin Marriott Downtown on March 15 at 4 p.m.

February 2021’s Winter Storm Uri, which left thousands of Texans without safe drinking water and/or power, raised important questions about the capacity of Texas infrastructure to withstand major weather events. On March 16 at 10 a.m. at Hilton Austin Downtown, the panelists will discuss ways to learn from the 2021 winter storm.
Film
Katherine Propper — Birds

Directed by Propper, a film production alumna, this film follows Austin teenagers during a hot Texas summer. “Birds” will premiere at the Austin Convention Center on March 11 at 8 p.m.

Pamela Ribon — My Year of Dicks

Created by Ribon, an acting alumna, the animated comedy memoir film “My Year of Dicks” follows quirky protagonist Pam as she tries to lose her virginity in a way that lives up to the standards of her fantasies. The film will air at Alamo Lamar on March 13 at 2:15 p.m.