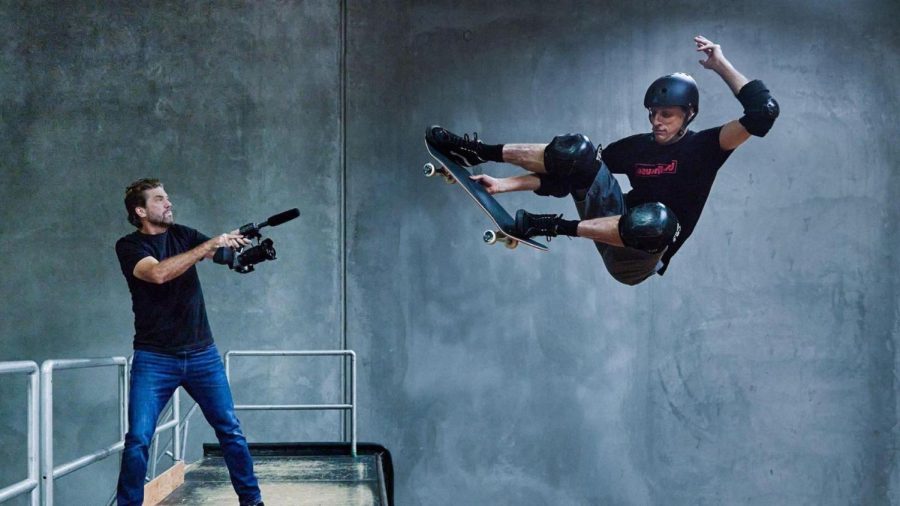 “Tony Hawk: Until the Wheels Fall Off” premiered in Austin as part of Saturday’s South by Southwest film festival at the Paramount Theatre on Congress Avenue. The HBO documentary, directed and shot by Sam Jones, focuses on the life and achievements of legendary skateboarder Tony Hawk.

The Texan took a trip to the film’s red carpet event where Tony Hawk, producer Mark Duplass and director Sam Jones spoke about the documentary process.

The Daily Texan: You’ve attached yourself to a wide range of projects throughout your career. What draws you to join in on a project?

Mark Duplass: The No. 1 priority is — are these people assholes? And if they are, I will run away. I learned that over the last 15 years. I sit on something for a few weeks, and if I can’t live without it for some rational reason, I’m on board. In the case of Tony Hawk, of course it was an amazing opportunity to tell the story of one of the greatest of all time.

But really it was Sam, our filmmaker. I don’t know if you saw the documentary he did, “I Am Trying to Break Your Heart.” It’s f—ing great. It’s a music documentary that is very elevated to human levels. If we can do a skate documentary that transcends that and gets to the heart of Tony, who is just this dude who has stayed on his board. … He is doing things in his 50s that are impossible. He’s literally a miracle. It’s inspiring. … He broke a femur on a half-pipe three days ago, and he just got out of the hospital yesterday. He got on a plane, and he’s here. That’s Tony Hawk. Skateboarding is not about falling down. It’s about getting up.

DT: Were you a skateboarder?

MD: I was a skate punk. I, no false modesty, was terrible. I couldn’t ollie. It was really hard on me because all my friends were olllying, and I was like, “Damn, I really suck at this!” But you know, my bangs looked good, and that’s all that counts.

DT: I would assume there have been so many other opportunities for you to get involved with a documentary about your career, why was this project the one?

Tony Hawk: It wasn’t my documentary. It was more Sam’s vision to show my life story. I felt like anyone else who had approached me about it came with such a polished narrative: “He went through some hard times, and then he did a 900. He got a videogame, and everything was rosy after that.” I feel like that’s just one milestone. Going forward, I like to feel like I’ve accomplished so much more since then, especially emotionally and personally, but also professionally. I think that (Sam) saw that as well.

DT: From a director’s point of view, how did you go about approaching this documentary with a refreshing style?

Sam Jones: I don’t distinguish film between narrative and documentary. I feel like a film should just hold up to being entertaining and feel like a ride, and tap into emotions and whatever message you’re ultimately giving it shouldn’t be at the forefront. The documentaries that feel like you are eating your vegetables, that was the old stigma of documentary. We’ve seen so many ones that break the rules. I want to make a film that relates to the experience. I was a skateboarder, and I wanted people to go skate, or go draw or go join a band after seeing it because they were inspired.