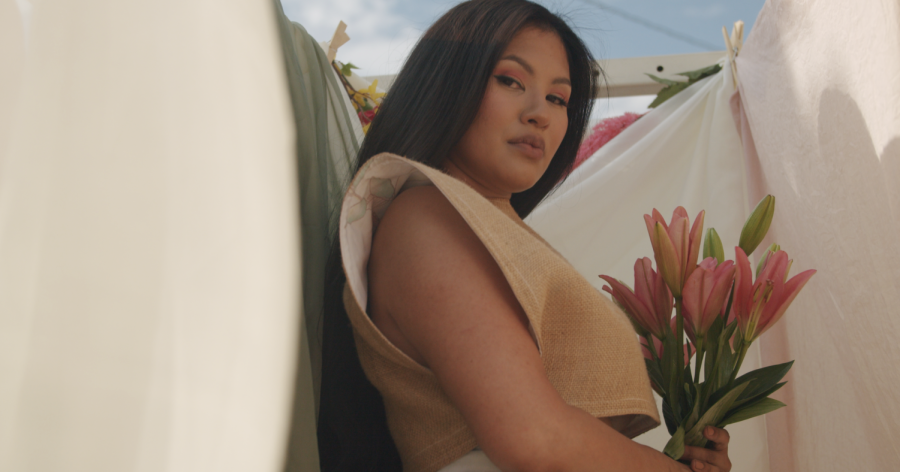 Bringing the experiences of her Mexican American community to the forefront, Flores uses music to incite social change. Through R&B slow jams and reflective lyrics, she shows how growing up in El Paso shaped her worldview. The artist will perform her South by Southwest set at Speakeasy on March 15 at 7:30 p.m.

The Daily Texan talked to Flores about her musical inspirations, mission and future plans ahead of her next single “Éxito,” releasing March 29.

The Daily Texan: At first glance, your music is distinctly R&B. How did you arrive at your R&B sound now, and what makes it the best genre to express your messages?

Flores: It was a gradual process. My mom grew up in the 1950s in the United States. She was listening to (Motown), and I grew up off of that as well. She had a love for Dinah Washington, Sarah Vaughan and really big singers. … I (then) heard Lauryn Hill’s album, The Miseducation of Lauryn Hill, (which) changed my perspective on how you can create a journey (through music). I started to explore R&B, soul, neo soul (and) gospel. Traditionally, I feel like African American (people) have done a wonderful job singing (about) their lives in a way that gets people listening. I found (R&B) to be a great conduit for my own messages, and it also gave me the courage to sing about (them).

DT: Can you tell me about your EP, In the Lives We Left, which you plan to release this year?

F: It’s about nine tracks, and it’s an introduction to me as a person and my family’s story. … It’s an homage to the people that came before me and any of us who have family who’ve immigrated here. It’s not easy. It takes generations for us to recover from — and sometimes, we never recover. I just felt that instead of doing big choruses and heavy-hitting, electronic R&B (like my previous singles), it’d be a bit more personal to tell who I am before we go into more music in the future.

DT: Your upcoming single “Éxito” gave me feelings of liberation and a desire for catharsis. It sets a solemn scene with background vocals, water droplets and sirens. What’s the story behind this song?

F: I wanted it to feel like it was my apartment back home (and) what you would’ve heard. I have a pensive moment of, “Should you take the risk?” The song is about things you think (are) too scary, but you (become) pleasantly surprised (when) they (aren’t) as bad as they seemed. It’s the last song in the EP because it’s a sigh of relief, like, “We’re just gonna do this, whether that’s love or your personal interest, whatever that may be.”

DT: You talk a lot about your cultural identity in songs like “American Dirt.” How does your upbringing influence your creative process?

F: Growing up in El Paso and living so close to the border is such a politically infused experience. Being Mexican American, it’s difficult to separate myself and not talk about it because it’s part of my identity. It’s a schism of, “Am I this?” or, “Am I that?” Seeing apprehensions and the way they’re surveilling the borders now — and how invasive that is — and the poverty by the border on both sides, … it’s intrinsically who I am.

DT: What do you hope listeners will take away from your music?

F: I hope I connect to people who come from families with similar backgrounds. People in America, especially (those who have) come from abroad with immigrant parents, can relate to how hard they worked before their children had the opportunity to study or do bigger things. I want people to take away that sentiment of the Mexican American experience.