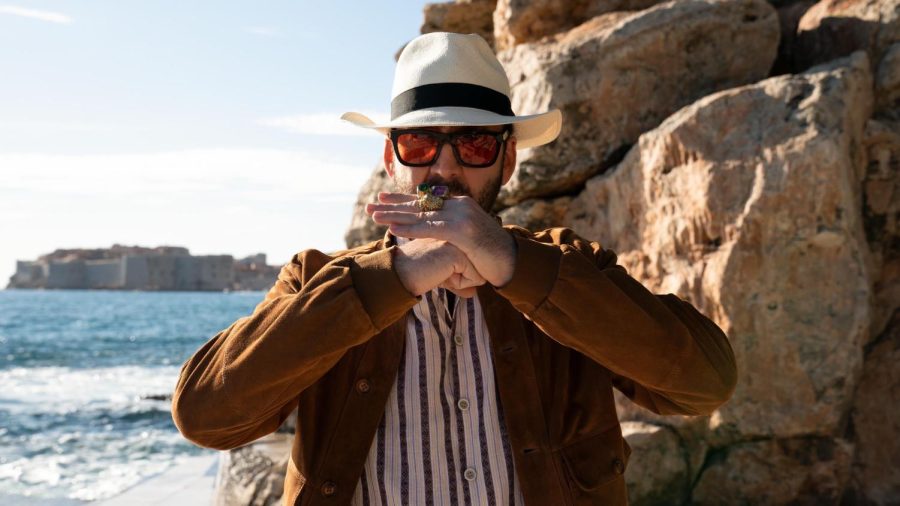 Nic Cage plays Nic Cage in “The Unbearable Weight of Massive Talent.” The meta-comedy premiered this past Saturday at SXSW in front of a packed crowd at the Paramount Theatre. The stars and creatives behind the film attended a red carpet event prior to the screening.

The Daily Texan: This is such a strange concept for a film, so I’m curious what you consider your directing “style” to be?

Tom Gormican: This was a mix of various styles and, somewhat, some of it is dictated by environment. We made this in a pre-vaccine pandemic, and there were some days I would show up, and they would be like, “Your entire grip team has been contact-traced,” and so they go, “You can put the camera on sand bags, or you can operate it yourself.” So, some of the style is dictated by necessity. I ended up shooting this in a very sort of mix of very composed wides and handheld interior shots.

DT: What genre do you want to work with in the future?

TG: Right now, they are letting us make some very strange things — a mix of action and comedy — and we’re allowed to bring this sort of emotion to it. When people read the script, they said, “You had no right to make me feel this about Nicolas Cage,” and I thought, “That’s a really cool place to be.” You can do a really fun film, but it also moves people. That’s the sweet spot.

DT: How do you take this wild idea and make it into an accessible story?

Kevin Etten: Tom and I had worked on a television show together, and he had a kernel of an idea which was, “What if Nic Cage played a character named Nic Cage.” And I was like, “Dude, yes I’m all in! I want to help you figure this out.” So we spent another six months to a year breaking (down) the story, arguing who we thought Nic was as a guy, watching interviews of him on Letterman and the Rogan show from the 70s, watching as many films as we could. Just pouring our heart into it because we love him.  We loved all the different kinds of shit he’s done and his kind of fearlessness in terms of not caring what Hollywood thought. He seemed like a guy that just followed his own muse … Just an artistic inspiration. This guy doesn’t care, he just does what he wants.