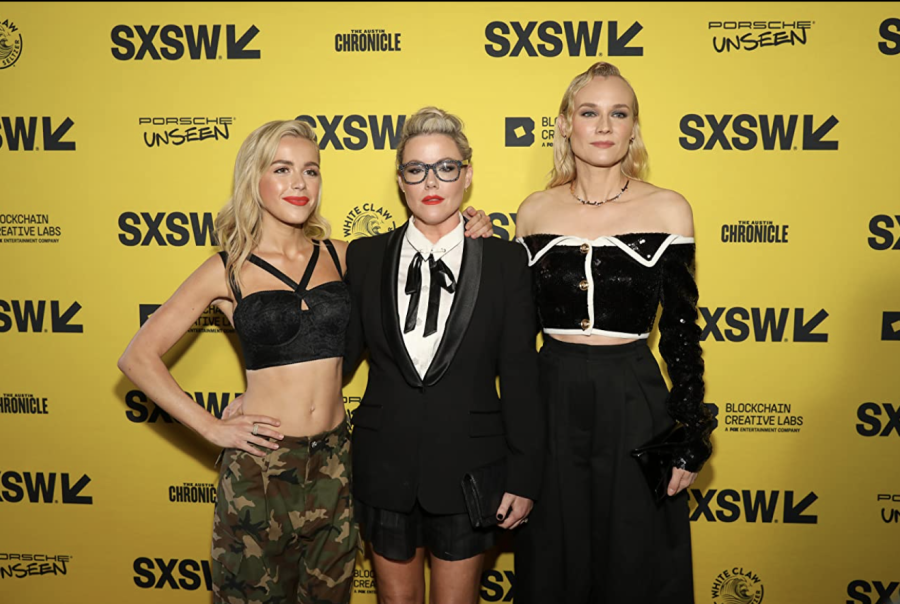 Roku’s new series adaptation of George Huang’s 1994 film “Swimming With Sharks” premiered its first two episodes March 14 at SXSW. The series reveals darker aspects of Hollywood from a female perspective. Written by Kathleen Robertson, the show follows studio intern Lou (Kiernan Shipka) as she stops at nothing to follow in the footsteps of her manipulative boss, Joyce (Diane Kruger).

The Daily Texan attended the red carpet event and spoke with Robertson and cast members Ross Butler, Diane Kruger, Finn Jones and Thomas Dekker about the show’s themes and exploring their characters.

The Daily Texan: Since you’ve grown up in the film industry, how much of writing this show was influenced by your experiences?

Kathleen Robertson: It’s very much influenced by it. I started acting when I was 10. I’ve been in the business forever. Along the way, there were little things (where) I was like, “That would be an interesting scene (or) moment to explore.” It’s very personal. There are some things it gets into that I’m like, “Oh, God, I’m terrified for my parents to see that.” It’s pretty racy. I already told my parents they won’t be seeing the show. There’s no way.

DT: With your more popular roles reaching younger audiences, such as “Riverdale” and “13 Reasons Why,” how does it feel to branch out with more adult audiences?

Ross Butler: I’m not playing a teenager anymore –– I’m in my thirties now. It’s good because when you play an adult with a real job, the character changes, and you don’t have that high school naivete. It feels good to stay closer to my own age. I’m excited for audiences to see me with facial hair. I didn’t have to shave every day.

DT: What was it like being on a show with female leads playing characters in power?

RB: I got to play the assistant to Diane Kruger, so I loved being able to portray the flip side of everything. It’s still a very male-dominated industry, but a lot of women are now heading their own studios. There are a lot of girl bosses out there. We had to update the original movie.

DT: Can you tell me a bit about your character and how you explored yourself through him?

Thomas Dekker: I play Travis, Joyce’s assistant, and he is very driven, passionate and wants to succeed. Along comes Kiernan Shipka, who is a threat to all that. My major decision was, “Is he doing this because he wants to be rich and successful or because he really cares about film and wants to be a producer?” There’s a lot of passion and drive that can be wonderful or can hurtle into something really dark. This show is about a tenuous relationship between those two things.

DT: Did you learn something from playing Marty?

Finn Jones: Marty (is) Joyce’s right hand man — the guy that puts out all the fires and makes sure that she’s not bothered. I learned not to take shit from people. Marty takes a lot of shit from Joyce, and I wouldn’t do that in my own life. I’d sacrifice being quiet to stand up for myself — I’m an Aries. We’re very stubborn. We have strong leadership skills, so I can’t be subversive. I hate being told what to do. If these two years have taught me anything, it’s that I don’t like being told what to do.

DT: What do you want the audience to take away from the series?

Diane Kruger: It’s just a fun ride. We pull the curtain on Hollywood. I think (the audience) should enjoy it — it’s juicy.