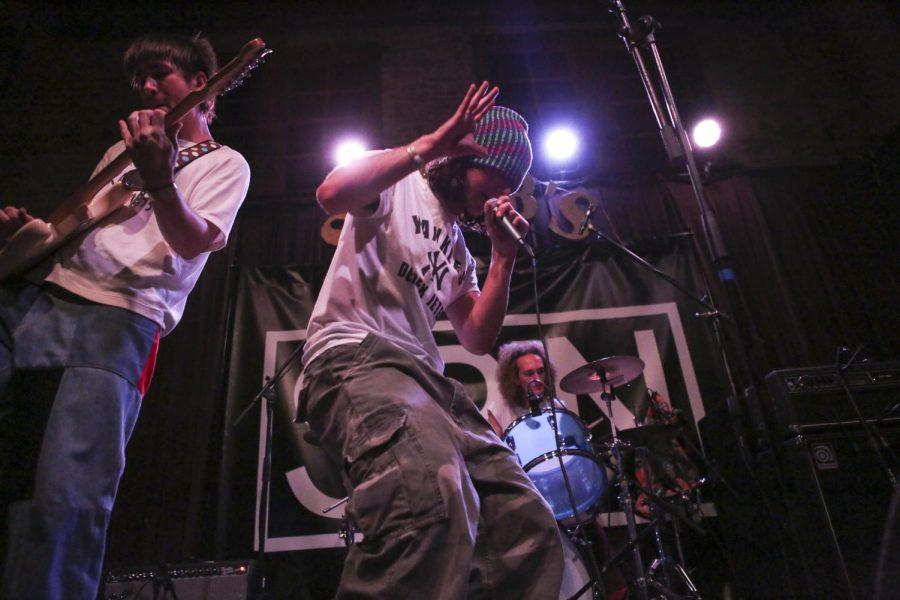 Growing up in bustling New York City, LAUNDRY DAY surged onto the music scene in 2018, traveling to sold out shows and working with top producers as teenagers. Now, four years since their debut, the quintet showcases their polished sound in their first major label album, We Switched Bodies.

The Daily Texan sat down with LAUNDRY DAY to discuss their high school origins, 10-track album and future creative endeavors ahead of their SXSW set.

The Daily Texan: You all met during your freshman year of high school. How did the idea of forming a group come about?

Jude Ciulla (vocals): Our school had a rich music program, … so there was this culture around it. I wrote a song and was like, “Do you want to work on this together?” There was a space in school to work on it, and it snowballed from there. We just kept writing. I remember taking out acoustic guitars from the closet in this basement, and it was really fun.

Sawyer Nunes (guitar, vocals, keys): It was funny because I remember seeing everybody individually and being like, “Oh, they look cool.” All of a sudden, we had songs that were out and people wanted to hear them.

DT: What’s the premise of your album, We Switched Bodies? What themes did you want to express through such a diverse record?

JC: This album was all about coming together as a band and trying to show the five of us in the strongest way we’d ever done. We spent a lot of time by ourselves in the pandemic. There were weeks on end where we didn’t hang out (or) speak to anybody else. It’s always about the five of us, our relationship, dreams (and) struggles as a band and friend group and putting that all in the music. … As our major label debut, we felt an obligation to use it as a vessel to display what LAUNDRY DAY was. We looked at it as if it was a self-titled album, where it’s that defining piece of work that, if you wanted to know who we were, you could listen to this album.

DT: What was the most enjoyable part about working on this album?

Henry Pearl (bass): Living upstate. We were all together every day, making meals together, having a good time, being that close in proximity after being apart for so long, and (this) resulted in a huge ball of energy.

SN: That was the best, especially after coming off of a time where we couldn’t really find our sound. We were having more fun hanging out together, (and suddenly) a couple of these tunes (for the album) came really quickly.

DT: You’ve had sold out shows and played for The 1975 and Clairo a year into your debut. How did you navigate receiving such recognition at an early age?

JC:  It was crazy but contained in a way where we could live through it (fluidly). There wasn’t time to figure out how to do it.

SN: There are so many bands out there who are working just as hard as us, making music and don’t get the recognition, so there’s this luck going (into) it. It’s like, “How do you be the most prepared you can for those weird moments where you meet an artist, and they happen to really like you and offer you a tour?” It’s not that we were meeting The 1975 and hadn’t put anything out or (tried) to impress them. We were never like, “This is the goal.” You start doing your thing, and people want to follow you because they see that you have the vision.

DT: Where do you see the band’s direction going musically and artistically?

SN: We’re all excited to keep going and give people more things to fall in love with. It’s always natural as an artist (to think), “What’s cool right now?” and, “What’s the next thing we could do to hook people?” It’s this constant chase.

JC: We’re gonna keep experimenting. Recently for us, (experimenting means) beat switches and chord changes, but an experiment is (also) taking all that away. That would honestly be as much of a challenge for us, so I’m excited to see the new identities we create in the next few projects.